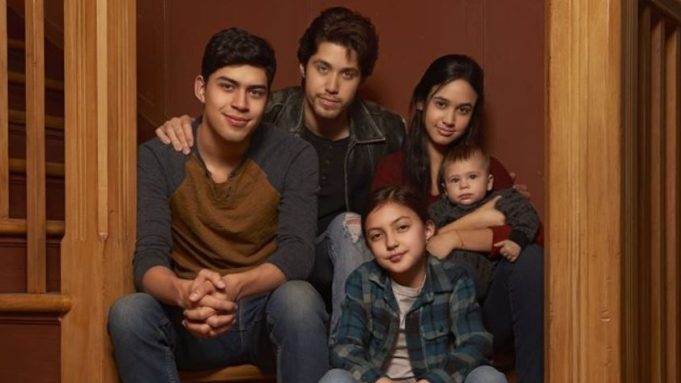 Freeform has released trailers for its new original series for the 2019-20 season, ahead of Disney’s upfronts presentation to advertisers later today in New York. Check out the first looks at Party of Five, Motherland: Fort Salem and Everything’s Gonna Be Okay.

Party of Five – Drama (click on the video above)

Set in an alternate America where witches ended their persecution over 300 years ago by cutting a deal with the government to fight for their country, “Motherland: Fort Salem” follows three young women from basic training in combat magic into early deployment. In this world, the traditional roles of gender and power are flipped, with the more dominant women on the front lines fighting looming terrorist threats that are familiar to our world—but with supernatural tactics and weapons. The series stars Ashley Nicole Williams, Jessica Sutton, Taylor Hickson, Demetria McKinney and Amalia Holm. “Motherland: Fort Salem” is executive produced by Eliot Laurence, Will Ferrell, Adam McKay, Kevin Messick, Maria Maggenti and Steven Adelson.

From “Please Like Me” creator, writer and star Josh Thomas comes half-hour comedy “Everything’s Gonna Be Okay,” produced by Avalon Television and Freeform. The series introduces Nicholas (Josh Thomas), a neurotic 25-year-old visiting his single dad and two teenage half-sisters, one of whom is on the autism spectrum. He hasn’t been particularly present in his siblings’ lives, but when their dad reveals that he is terminally ill, the girls have to cope with not only a devastating loss but also the realization that Nicholas is the one who will have to rise to the occasion, move in and hold it all together. Thomas created, stars, writes and will serve as showrunner of the comedy series, coming soon to Freeform. Stephanie Swedlove and Kevin Whyte also serve as executive producers, with David Martin, Jon Thoday, and Richard Allen-Turner executive producing for Avalon Television. The series will also star Kayla Cromer, Maeve Press and Adam Faison.