Continue to Deadline SKIP AD
You will be redirected back to your article in seconds
Skip to main content
May 15, 2020 1:30pm
11Comments 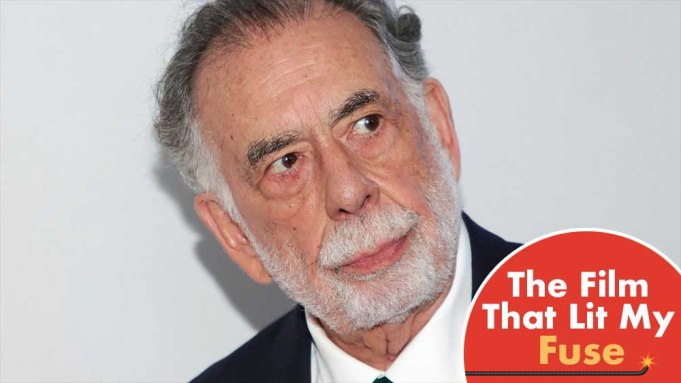 At a moment when industry pros are all lamenting the shutdown of an industry they took for granted and are weary of reading about the woes, layoffs and hardship, Deadline today launches The Film That Lit My Fuse. The hope is to swing the conversation back to the creative ambitions, formative influences and inspiration of some of today’s great screen artists.

The format is simple: a weekly video conversation based on the same four questions. We start with Francis Ford Coppola, the six-time Oscar-winning filmmaker who at age 80 is prepping Megalopolis, a large-scale movie relevant in a moment when everything is being rebooted. Megalopolis deals with an architect who wants to rebuild a major metropolis as a utopia after a devastating disaster, only to have forces conspire against it. His comments throughout are perceptive, and check out his final comments which are sure to rattle the cages of movie theater owners.