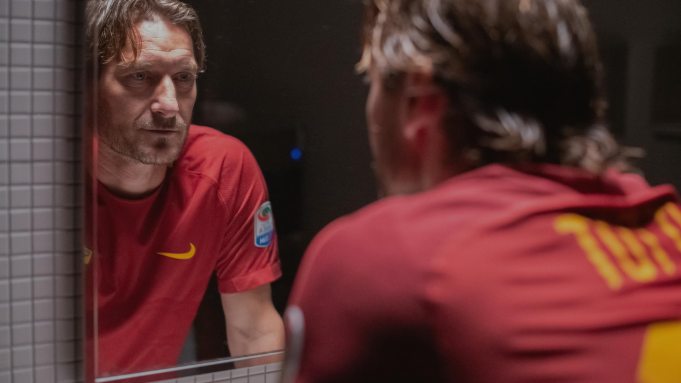 EXCLUSIVE: Here’s the first English-language trailer for soccer doc biopic My Name Is Francesco Totti (Mi Chiamo Francesco Totti), which gets its world premiere tomorrow at the Rome Film Festival.

Produced by Fremantle’s Italian units Lorenzo Mieli’s The Apartment and Mario Gianani’s Wildside with partners including Vision Distribution, Capri Entertainment, RAI Cinema and Amazon Prime Video, the film about AS Roma’s inspirational former captain, told in first person, charts the story of the athlete and the man, who spent his entire 24-year career with the ‘Giallorossi’ before retiring in 2017.

One of Italy’s greatest ever players, Totti won the Serie A title with Roma in 2001 and is the second-highest scorer of all time in Italian league history with 250 goals. He also played 58 times for his country, memorably winning the World Cup in 2006.

The Roman icon is due to attend the film’s screening and will hold a masterclass at the festival about his cinematic tastes.

The film is directed by Alex Infascelli who previously made doc S Is For Stanley and thriller Almost Blue, both of which won him David Di Donatello awards. The movie also screened as part of TIFF’s Industry Selects strand. Vision is handling international sales.