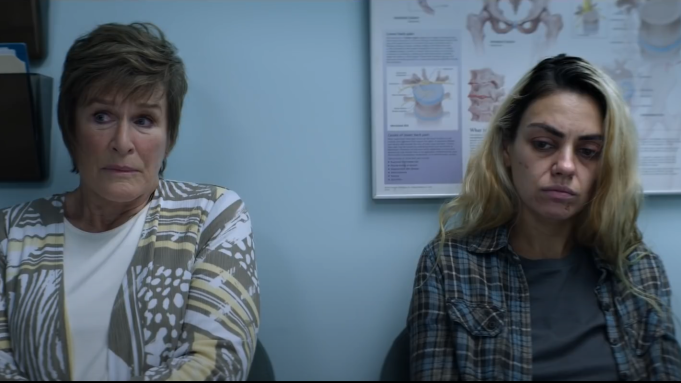 “Yes you can,” mother Deb (Glenn Close) insists. “Almost one day down, three more to go.”

Debuting in theaters on April 30, via Vertical Entertainment, the film follows 31-year-old Molly as she attempts to get clean, following 15 failed attempts, reconnecting in the process with the woman whose heart she has broken. Deb admits, at one point, that she sometimes doesn’t “want to love” her daughter anymore, after being betrayed by her, over and over again. But as she embarks on a remarkably intense journey with Molly, the hope is that trust can be rebuilt.