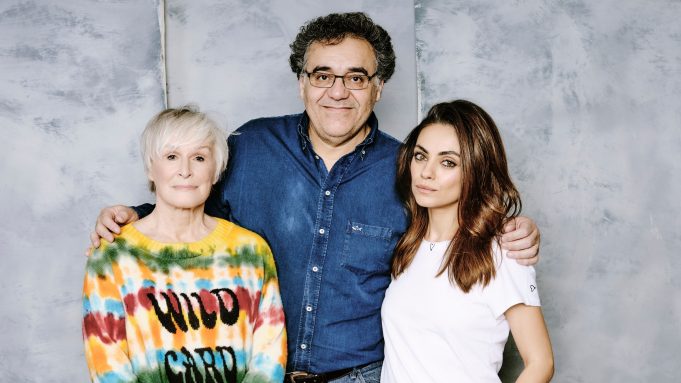 In Rodrigo García’s Four Good Days, Mila Kunis saw an opportunity to come to grips with the enormity of the opioid crisis through the intimacy of a two-hander—a film that would compassionately approach and strive to understand both addicts, and those who love them.

Based on a Washington Post article by Eli Saslow, the drama centers on Deb (Glenn Close), a mother who is both angry and terrified when her daughter Molly (Kunis) shows up on her doorstep. A drug addict who has failed out of rehab programs 15 times, Molly eventually convinces her mother that she is ready to get clean, and leans on her, as she goes through four excruciating days of recovery that may mean life or death.

While the opportunity to work opposite Close was undeniably exciting for Kunis, the idea of transforming herself to play a drug addict also proved appealing. Asking the film’s hair designer to bleach her hair blonde, and ruin it in the process, the actress was covered with prosthetic scars for the role. Additionally, she would have to wear prosthetic teeth, given the fact that at some point, Molly had her own choppers taken by meth. “It is really fun to do something so outside the norm. When you go see the best special effects guy, who makes the most beautiful meth teeth, it sounds so weird to say, but you put it on, and you’re like, ‘Well, this is fun to play with.’ Then, you have to be able to teach yourself to speak with this mouth, and not sound like you’re lisping,” the actress said, sitting down at Deadline’s Sundance Studio with Close and García. “So, that was actually really fun, to walk around the house with this weird meth mouth, and then the physicality of it.”

A seven-time Oscar nominee, Close was attracted to the elegance of the Four Good Days script, and the questions it presented, when it came to the psychology of Deb. “The first scene, for me, is what really drew me in, especially for my character, a mother who sees her child homeless—wretched, really—on her front doorstep, and actually locks the door,” the actress shared. “I had to explore how you could do that, and what their relationship was, what their history was that would cause a mother to feel that the best thing she was doing for her daughter was to lock her out of the house.”

For more from our conversation with the director and stars of the mother-daughter drama, click on the video above.