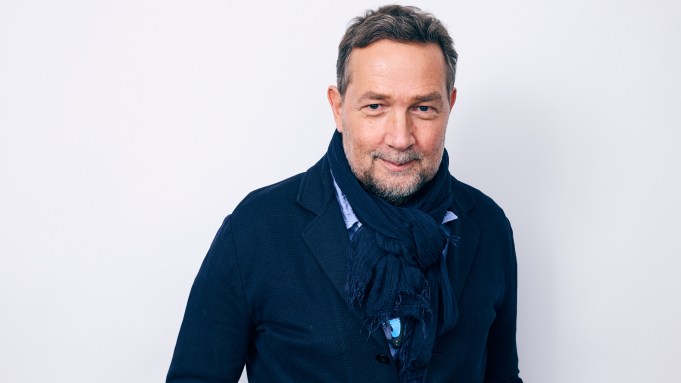 Ford v Ferrari tells the true story of how Ford built a race car that defeated Ferrari at the 1966 Le Mans. The film’s cinematographer, Phedon Papamichael, during 20th Century Fox’s panel for the film at Deadline’s The Contenders New York, discussed some of the real race venues they used in the movie, and how speed was such an important character.

“There’s an opening race in Willow Springs,” Papamichael said. “It’s a famous sort of track out in the desert. Near Mohave we have Fontana Speedway, which is a NASCAR track for the Daytona race. We did go to Le Mans in France. We didn’t shoot any race sequence there, but we shot Christian Bale’s arrival in the actual town of Le Mans.”

Bale plays driver Ken Miles, who teams with auto designer Carroll Shelby (Matt Damon) for Ford’s project. The crew also had to build cars that could achieve the speeds Papamichael, and director James Mangold, wanted to capture on film.

“We kept saying, ‘Go faster, go faster,’ ” Papamichael said. “The guys would go, ‘Well, but it’s a picture car that we built, it needs these kind of tires.’ I’m like, ‘Well, get these tires.’ We got them pretty quick. I was often in the car pursuing them. We were going to turns at 90 miles an hour. We got them up to 110 miles an hour.”

Mangold and Papamichael filmed many of the racing sequences from inside the car with Bale.

“It was very important to us to tell the story through the perspective of the driver,” Papamichael said. “Everything is told through the main character and how he perceives things from the cockpit. So a lot of action actually is told within a closeup of Christian. All the cars that you see surrounding him and spinning off the track and crashing are all mechanical and physical driving and effects. There’s almost no VFX in the film.”