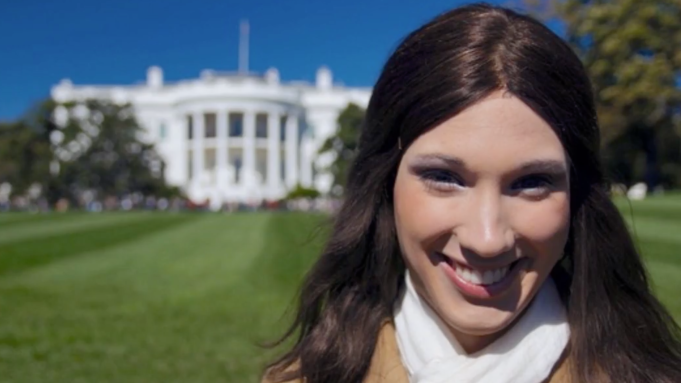 EXCLUSIVE: The intersection of religion, sexual orientation and gender identity has always been a source of debate in America. Daniel Karslake’s documentary For They Know Not What They Do dives deeper into this often explored topic but shedding the light on four families of faith and their experiences with their LGBTQ children and the support or lack thereof. The clip above features Sarah McBride, the first out trans woman to work at the White House, and the work she is doing at the Center for American Progress with Bishop Gene Robinson for LGBTQ discrimination protection.

In the clip, McBride breaks down the obstacles trans people — specifically trans people of color — face when it comes to discrimination. McBride recognizes her privilege and uses her position to help those to help fight discrimination and offer resources for those who need it. The clip also featured Reverend Dr. Mel White who points out that trans people are the new outcasts that need to be supported.

Karslake, who also directed For the Bible Tells Me So, will premiere For They Know Not What They Do at the Tribeca Film Festival in the Documentary Competition Section on April 25. The film features the aforementioned four families of faith including Rob & Linda Robertson, who were encouraged by their evangelical church family to put their son, Ryan, in conversion therapy; David & Sally McBride, life-long Presbyterians who were shocked when their youngest boy came out to them as a transgender woman; Victor Baez & Annette Febo, whose Catholic tradition and Puerto Rican upbringing greatly concerned their gay son; and Harold & Coleen Porcher, a mixed-race couple whose child endured self-harm before their parents’ acceptance enabled them to come to terms with their gender. Alongside these family stories of faith, rejection, validation, tragedy and triumph, the film weaves together unique perspectives from religious leaders. Through love, reconciliation, and acceptance, For They Know Not What They Do takes us on a journey of understanding what connects us all and gives us the courage to embrace each other.