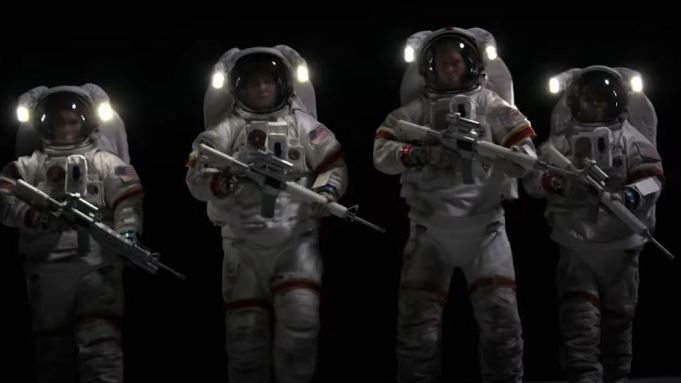 The alt-history drama, set in a world where the USSR beat the U.S. to the moon, was picked up for a second season in October and like most others has seen its production halted by the coronavirus pandemic. But Moore, joined by his EP colleagues as well as castmembers Joel Kinnaman, Michael Dorman, Sarah Jones, Shantel VanSanten, Jodi Balfour, Wrenn Schmidt, Sonya Walger and Krys Marshall, did show off a sneak peek at unseen footage from the upcoming season in a sneak-peek teaser.

The video shows the series has jumped 10 years from last season’s timeline, which Moore said stems from the post-credit scene in the Season 1 finale that showed NASA’s Sea Dragon rocket. The producers and cast discussed the jump in the third panel today, with Moore setting the scene against the backdrop of rising Cold War tensions with the Soviet Union. Ronald Reagan’s words warning of the threat serve as narration in the teaser trailer.

For All Mankind centers on the NASA astronauts, engineers and their families find themselves in the center of extraordinary events seen through the prism of an alternate history timeline — a world in which the space race never ended. Moore, Wolpert and Nedivi exec produce the Sony Pictures Television series with Tall Ship Productions’ Maril Davis.