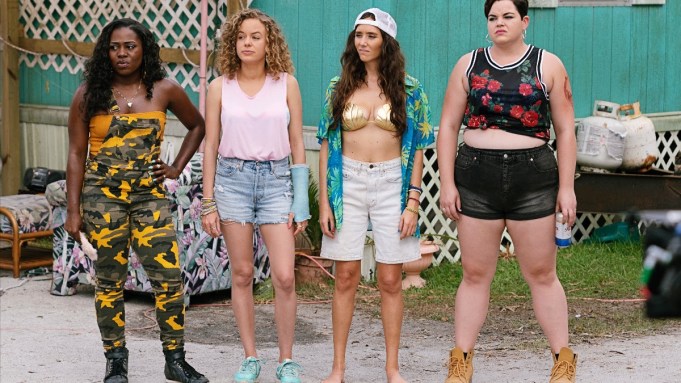 As the “Florida man” meme facepalms across the Internet, Pop is taking a different tack in telling tales of the Sunshine State. Here’s the first trailer for Florida Girls, the comedy series from Laura Chinn that premieres July 10 and follows the stagnant lives of four women after their only ambitious friend moves away to follow her dreams.

The tagline: “No shirt, no shoes, no shame.” The opening image: Passengers celebrate after the designated driver passes her car’s breathalyzer test.

The Mick writer-producer Chinn, Laci Mosley, Patty Guggenheim and Melanie Field star in the story inspired by Chinn’s real-life struggle growing up on Florida’s West Coast. Bound by their friendship, they attempt to navigate very relatable curveballs while living below the poverty line.

Here are some images from the half-hour series: