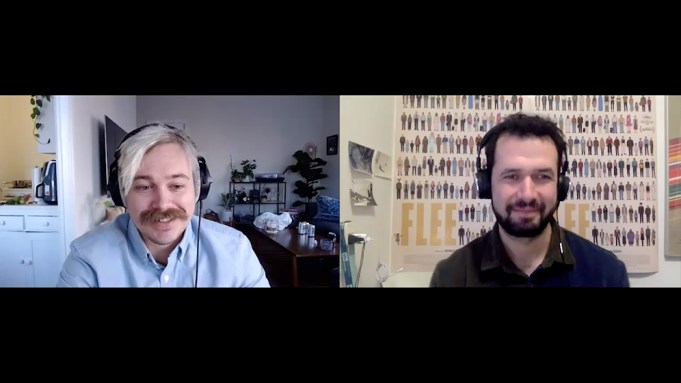 With his latest radio documentary, Flee, writer/director Jonas Poher Rasmussen helped a longtime friend tell an incredibly personal story that he’d never shared with anyone—embracing pseudonyms and the medium of animation to bring it to light, while protecting his privacy, and that of his family.

Juxtaposing multiple styles of animation with archival footage, the film taps into the experience of Amin, a 36-year-old academic who arrived in Rasmussen’s sleepy, Danish hometown at the age of 15. Having traveled there alone from Afghanistan, Amin never shared how or why this solo journey took place. But Rasmussen always sensed that he had a story to tell, eventually getting him to open up about his traumatic childhood, so that he could move forward with his life, in peace.

To authentically portray Amin’s story in animation, Rasmussen dove deep into his friend’s memory, asking him to summon up all the visual detail he could remember, with regard to his journey as a refugee from Kabul, to Russia, to Denmark, in pursuit of a place to call home. “I used a special way of interviewing, where he’s lying down with his eyes closed. Then, I asked him to talk in present tense and describe everything around him,” the director explained, while sitting down at Deadline’s virtual Sundance Studio. “We really used this for the animation. So, what you see is what he described to me, when he told me his story for the first time.”

While Rasmussen had maintained a relationship with Amin based on trust and respect throughout the course of their decades-long friendship, he would of course need to remain deeply sensitive to his friend’s feelings throughout the journey of making the film. Making it clear to Amin, from the start, that the process would unfold at a pace that was comfortable for him, he would only come to mine all the details of his story after completing over a dozen interviews, over a period of years. “We started out having a three-day session where he told me the broad strokes of his story. At that point, he said that there were things he still wasn’t ready to talk about…but he knew that this was something he had to do,” Rasmussen said. “He’d been living with this past that he couldn’t tell anyone about, and that made his past and present disconnected.”

Collaborating with Amin on everything from the script to the edit, in “trying to make his past come alive again,” Rasmussen said his friend feels liberated, now that he’s been able to tell his story. “His past is with him now,” he added. “He doesn’t need to be afraid of saying something that he shouldn’t because now, it’s all out there.”

Executive produced by Riz Ahmed and Nikolaj Coster-Waldau, Flee premieres at Sundance tonight at 7 PM PT. For more from our conversation with its director, click on the video above.