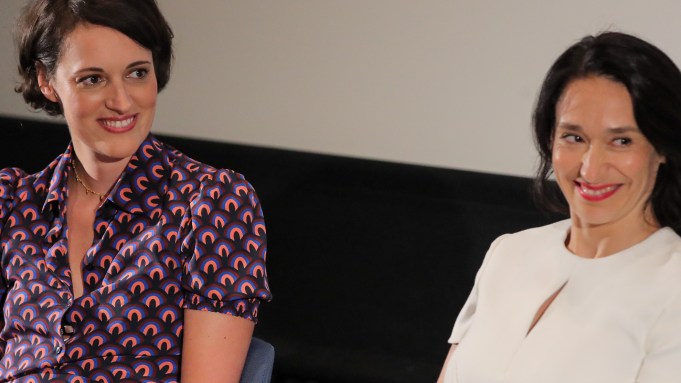 Phoebe Waller-Bridge has confirmed her much-loved Amazon Prime Video show ‘Fleabag’ is over with its Emmy-nominated second season. However, it seems there may be hope for more, although we might have to wait a while.

“I have a fantasy that I’ll bring her back when she’s 50, when I’m 50,” Waller-Bridge said at an AwardsLine Presents Deadline Screening at the Landmark Theater in Westwood. “When she’s had a little bit more life and a few more secrets for us.”

For now though, that’s a wrap. “She had her journey with the audience,” Waller-Bridge added, “and they gave her everything she needed—and hopefully the other way round—and it was time to say goodbye.”

The show’s second season has taken the Television Academy by storm, with 11 Emmy nominations for the British-built BBC comedy, including Outstanding Comedy Series, Lead Actress and Writing for Waller-Bridge, and Supporting Actress for Sian Clifford. The show, which centers around a woman on-the-edge dealing with bereavement and an ongoing existential crisis, continues to shine bright in the predictive polls.

But the show could have looked, and felt, very different without Sian Clifford in the role of Fleabag’s sister Claire. The pair actually met at drama school, and while Waller-Bridge wrote the part with Clifford in mind, actually getting her cast was a struggle.

“There were a few gatekeepers in the way of that,” Clifford said. In getting a show made, she of course understood, “You want as many people with a profile as you can get,” and with what she calls, “zero screen experience prior to Fleabag,” Waller-Bridge had to lobby hard for Clifford. “Phoebe really fought my corner,” Clifford said. “I will forever be indebted to her for that. I lived to tell the tale.”

For Waller-Bridge all that was needed was the chance to show the chemistry between herself and Clifford. “To the BBC’s credit, as soon as they saw us together they kind of got it,” she said. “I couldn’t imagine anyone other than Sian playing Claire.”

The event audience erupted into laughter as Waller-Bridge recalled her attempt to cast live animals for the finale scene where Fleabag confronts a fox—specifically, a pair of foxes named Blossom and Buttercup, who would only emerge to the tune of Coldplay.

“They were terrible actors, not professional, didn’t take it seriously were very intimidated by the environment,” she said. “I really wanted a real fox. But to think how mad it is that we thought a real fox would just swagger out of its little cage, look at me with this mysterious wisdom in its eyes, wait for me to deliver my line and then go, ‘Yeah I know baby, I know.'”

To see more from the discussion with Waller-Bridge and Clifford, click on the video above.