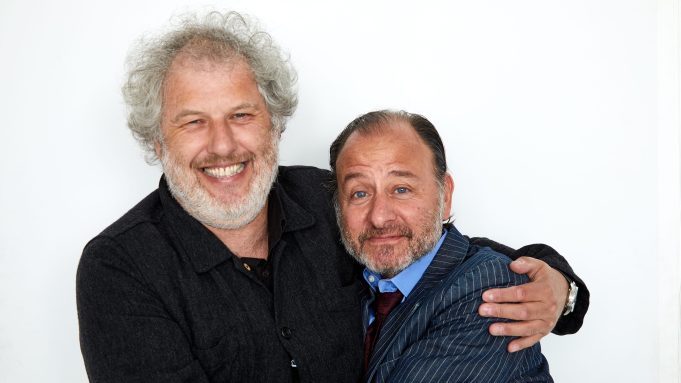 Not everyone would say no to Leonardo DiCaprio, but Fisher Stevens was initially skeptical when the A-lister phoned him with the idea for a potential follow-up to their 2016 eco-doc Before The Flood: a film about Formula E— which is basically Formula One, but with eco-friendly electric cars. “Leonardo called me up and said, ‘Hey, come down [to Brooklyn] and check out this race,’” Stevens recalled when he came by the Deadline studio. “I live in Brooklyn, and I had no idea there was even a race track there. So I met Leo at this track, which was just newly constructed and temporary, and I was like, ‘Whoa, this is crazy.’ He goes, ‘Yeah, this is electric car racing. This is the future, man. We’re going to make a documentary about it.’ I said, ‘No, we’re not. It sounds cool, but dude, I don’t know anything about cars. I barely drive. I’ve had lots of speeding tickets. And he was like, ‘Just wait.’”

Intrigued by the idea, Stevens put in a call to Brit Malcolm Venville. “I said, ‘Dude, they want me to make a documentary about racing.’ I know Malcolm loves racing, knows a lot about Formula One, and is one of the greatest photographers of cars that I’ve ever seen, so I said, ‘They’ll fly us to Valencia to see if there’s a movie—maybe we could do it together.’ And we flew to Valencia, Spain for a testing. I didn’t know what a testing was; I didn’t know anything. We met these drivers, and I said, ‘Malcolm, there is something here. These guys, they’re like movie stars.’ Leo was right.”

Although the film works in its own right as an exhilarating car-racing movie, Stevens admitted that both he and DiCaprio had an ulterior motive for making it. “After Before the Flood,” he explained, “we wanted to try to reach a different audience: the sportsman audience, the audience that wouldn’t give a sh*t about climate change, that never thinks about climate change—like these drivers, who, before they drove in Formula E, never thought about recycling, they never thought about not pressing the gas, and letting a car coast. Now they’re all into it, and we thought, ‘Oh, this is a cool way into the environmentalism, to [get our message out to] people that ordinarily wouldn’t think about it. So, that was kind of the other motive about making this film.”

To find out more about And We Go Green, check out the video.