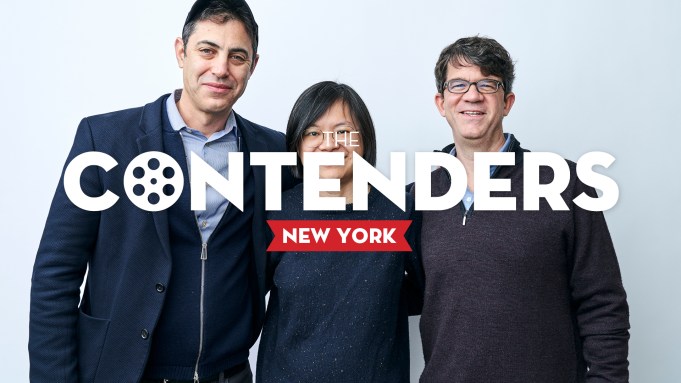 The journey to the moon for the creative team behind First Man began with Jim Hansen’s biography of the same name about astronaut Neil Armstrong.

Reading the book, producer Wyck Godfrey recalled during Deadline’s The Contenders New York awards-season event last month, “I realized I knew nothing and contextually didn’t understand anything.” What stood out most to Godfrey was the stark reality of Armstrong’s early circumstances. “He was a test pilot living in California with his wife and two kids, and his daughter died,” Godfrey said. “For me, as a parent, that seems like an incredibly incredibly difficult thing to deal with.”

Even with that primary element in place, the technical precision required of the film’s screenplay proved daunting, said writer/executive producer Josh Singer. He joked that when he finally watched Ron Howard’s Apollo 13 after First Man had wrapped, “it made me want to vomit.” To Singer, “Getting that technical stuff was mind-numbing. It took all four years. It took 100 drafts.” Beyond all of the NASA protocols and folkways, though, “Neil was so emotionally tightly packaged … he was so bottled-up. How were we going to show that?”

Sound would be one powerful way to show it, director Damien Chazelle and his collaborators believed. Ai-Ling Lee, the film’s sound engineer and re-recording mixer, noted that the Universal release has a “very documentary feel in how it’s edited, so we wanted to use as many original and authentic sound recordings as we could.”

Chazelle’s aim, Lee said, was to contrast the “immersive and visceral” aesthetic of the teeth-rattling launches into space by Armstrong and his fellow astronauts with the placid atmosphere among the stars and, finally, on the moon. “Space could have a lonely, chilling effect,” she said, which allowed the team to “play” and use “emotional sounds that may not be literal.”