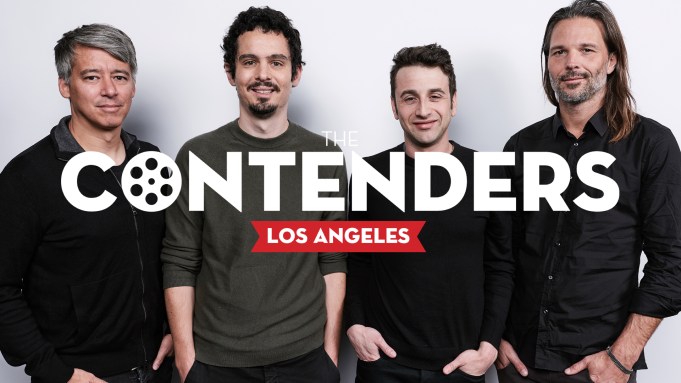 While First Man is the chronicle of Neil Armstrong being the first human to set foot on the moon, the underpinning of the drama is the grief that takes the leap along with the astronaut.

Knowing all along that Armstrong was a solitary and insular protagonist, director Damien Chazelle saw how he would make relatable a daredevil test pilot-turned-spaceman who didn’t exhibit any of the high-testosterone gum-cracking traits seen in The Right Stuff. That way in was Armstrong’s close relationship with his baby daughter, Karen, who suffered a life-threatening illness. Armstrong approached her treatment the way he did NASA science, and he is so distraught by her death he cannot speak of it.

Seeing close up how not in control humans are over certain things in the galaxy, Armstrong then tries to spearhead the impossible notion of hurtling into space in a metal craft with creaking bolts and rivets, where an endless amount of things could also have gone wrong.

Chazelle, cinematographer Linus Sandgren, editor Tom Cross and composer Justin Hurwitz — all of whom have won Oscars on Chazelle-directed films — came to Deadline’s annual The Contenders Los Angeles awards-season event to explain how they captured the visual enormity and emotional intimacy of Armstrong’s accomplishment.