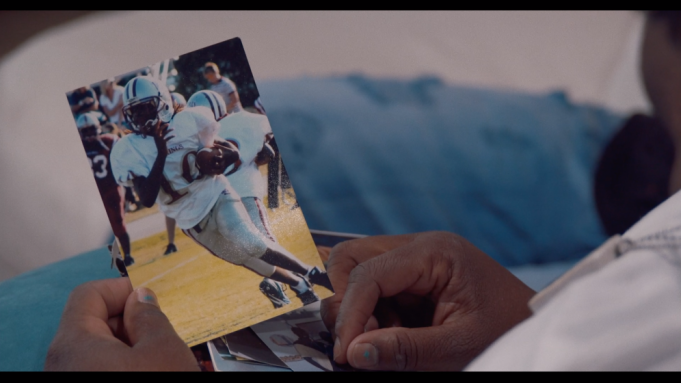 EXCLUSIVE: Was the death of African-American teenager Kendrick Johnson, whose body was found inside a rolled-up wrestling mat in a Valdosta, Georgia high school, a tragic accident or a case of murder?

That critical question has defied an easy answer since 2013, despite multiple investigations, autopsies and lawsuits. The Georgia Bureau of Investigation initially ruled the death accidental resulting from “positional asphyxia,” but Johnson’s family alleges he was killed by two white students, their culpability shielded through a nefarious conspiracy.

The new documentary Finding Kendrick Johnson “hopes to shed light on one of the most important American stories of our time.” Writer-director-producer Jason Pollock (Stranger Fruit) spent four years on the film, and as part of his efforts interviewed Mitch Credle, a homicide detective who worked the case. Credle turned whistleblower, and revealed a series of disturbing irregularities in the investigation, including “red flags from the medical examiner’s office, missing evidence from the crime scene, and the coverups and obstruction of justice from the FBI.”

“When the family hired their own Forensic Pathologist, not only did he find KJ’s organs missing from his body during the autopsy, he determined the cause of death to be from non-accidental blunt force trauma,” according to a description of the film. “To this day, no one knows where KJ’s organs have gone. So what really happened to KJ?”

Finding Kendrick Johnson was released on digital and VOD platforms last Friday, quickly becoming one of the top documentaries on iTunes. It will be released in theaters nationwide later in the summer through Gravitas Ventures.

The exclusive clip above, featuring Lewis’s voice, details some of the explosive findings in the documentary.