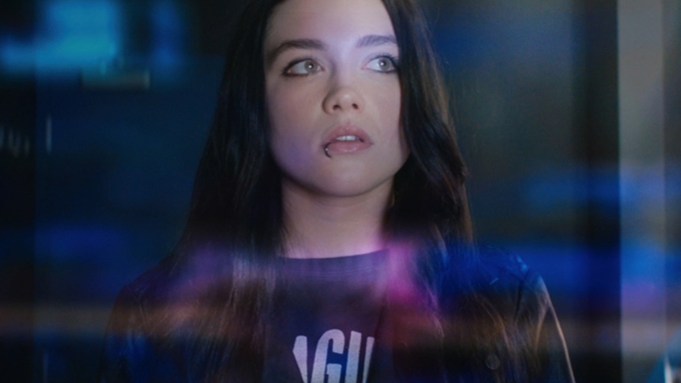 Leave it to The Rock to see the cinematic possibilities in the true story of the rise of WWE superstar wrestler Saraya Knight, better known to her fans as Paige. A former WWE star himself, Dwayne Johnson was sitting in a London hotel suite one night when he came upon a documentary about a British family of wrestlers and how one of them became an unlikely major attraction in the WWE. Instantly seeing possibilities for this improbable story — sort of a cross between Rocky, The Full Monty and The Addams Family — he set about producing it  and hiring another left-field choice to write and direct in Stephen Merchant, the tall, gangly co-creator of The Office. Add in the talents of a perfect ensemble cast (including Johnson in a small supporting turn) and you have the makings of a big crowd-pleaser if ever there was one.

Now they just have to get people in to see it, and I have a feeling word of mouth could do the trick. This is a rollicking underdog story and audiences ought to eat it up. The Knight family of Norwich, England runs a ramshackle wrestling organization, the Norwich Wrestling League, taking their act on the road to various small towns. It is a true mom-and-pop organization, a boisterous pair to be sure who indoctrinate their kids Zak and Saraya into the family business. The other boy is in prison — just like Dad was for eight years at an earlier point in his life.

Struggling to make a living, they create a family of wrestlers. Zak and Saraya though have bigger dreams of trying out for the WWE, and it was actually Saraya who made it all the way under her wrestling name, Paige. The documentary about this unique wrestling family and that is what caught Johnson’s eye. Purists may complain about liberties taken with the story, or with Paige’s actual status in the WWE, but their tale has enormous heart, grit and inspiration in this feel-good film version.  Merchant has cut through the clutter of a typical wrestling saga to tell a story of dreams and disappointments, but ultimately a universal saga about family and the ties that bond us.

The movie follows the trajectory of the true story, introducing us to the family including dad Ricky (a pitch perfect Nick Frost), mom Julia (Game of Thrones‘ Lena Headey) along with son Zak (Jack Lowden) and daughter Saraya (a transcendent Florence Pugh). When the opportunity arises to try out for WWE’s NXT training program, coach Hutch (Vince Vaughn) nixes the idea of the family act but accepts Zak and Saraya for the initial audition process. Ultimately everyone is eliminated but Saraya, who then heads to Florida for the training, which is also where she adopts her WWE moniker.

There, with with brunette goth looks and lip ring, she has to deal with the other girls who are all hot model types but largely inferior to her natural talents — even if her looks are a little more Morticia than Marilyn. Back home in England, Zak broods a lot, also dealing with getting his girlfriend pregnant and impending fatherhood while his dreams of WWE stardom fall by the wayside. The movie charts the path Paige takes as she gets closer to becoming a real player while still maintaining her sense of herself in a sport that thrives on artifice and fake acts.

Pugh is simply dynamic in this role and makes you believe all the way. Lowden is quite good too, although his storyline bogs down once he is out of the running and has to mope around a lot. Frost and Headey are delights, and Vaughn is terrific here. Johnson has one killer scene playing himself early on when he gives the Knight kids a ferocious pep talk, but has little else to do. His appearance is clearly fabricated in terms of the real events. The wrestling scenes are exciting, but not what this warm, very human movie is really all about, and as I said before, that would be family and fighting for it all the way (hint: stay for the final credits with footage of all the real Knight family).

MGM and UA Releasing puts the movie into limited play today in Los Angeles and New York before going wide February 22. Check out my video review above with scenes from the film.

Do you plan to see Fighting With My Family? Let us know what you think.