Continue to Deadline SKIP AD
You will be redirected back to your article in seconds
Skip to main content
June 12, 2019 8:00am 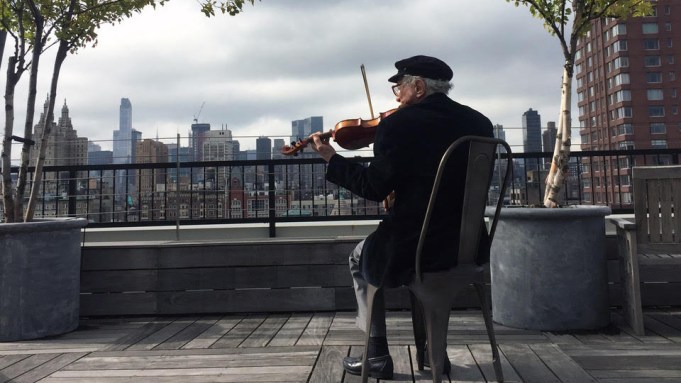 One early review of Fiddler On The Roof in 1964 – the publication shall remain nameless – decried the absence of memorable songs, but that didn’t stop the great musical (loaded, for the record, with such unmemorable songs as “Matchmaker, Matchmaker,” “If I Were A Rich Man,” “Do You Love Me?” and “Sunrise, Sunset”) from grasping a firm and lasting hold on the public’s imagination.

Now, all these decades later (and with a critically lauded and popular Yiddish-language production running Off Broadway until at least next year), Fiddler On The Roof has gotten the documentary treatment. A trailer was released today by Roadside Attractions and Samuel Goldwyn Films for Fiddler: A Miracle of Miracles.

The documentary chronicles the origin story of the musical and its creative roots in early 1960s New York “when ‘tradition’ was on the wane as gender roles, sexuality, race relations and religion were evolving,” as the producers note. Archival footage and film clips from various productions the world over are included.

In addition to the trailer (watch it above), Roadside and Goldwyn released the official poster (which includes a more enlightened critical assessment than the one from ’64):