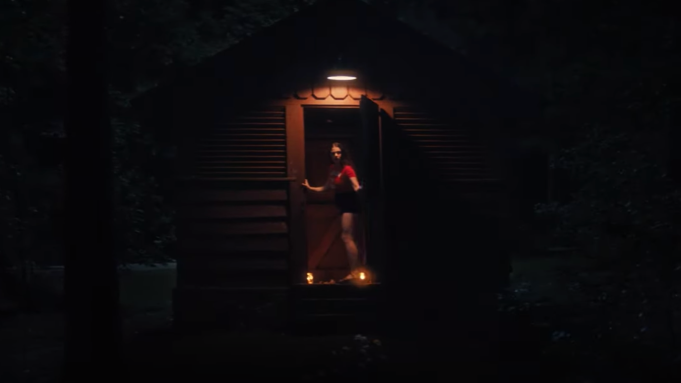 The trailer for part two of Netflix’s Fear Street trilogy debuted on Monday and it is squarely situated in the heyday of American horror films: 1978. There’s a summer camp, a lake, teens canoodling, a pentagram, a masked killer, teens fighting back against said killer and of course, since it’s 1978, a version of Gloria Gaynor’s period hit, “I Will Survive,” which was released in October of that year.

Fear Street Part 2: 1978 takes place in the cursed town of Shadyside, where a killer’s murder spree terrorizes Camp Nightwing and turns a summer of fun into a gruesome fight for survival.

The new installment will drop on the streamer this coming Friday, July 9. The first film in the Netflix series rolled out on last Friday, July 2.

Titled Fear Street Part 1: 1994, it follows a group of teenagers who discover that the terrifying events haunting their town for generations may all be connected — and they may be the next targets.

The logline for the trilogy is as follows: “A circle of teenage friends accidentally encounter the ancient evil responsible for a series of brutal murders that have plagued their town for over 300 years. Welcome to Shadyside.”

The trilogy features Stranger Things alums Maya Hawke and Sadie Sink and is directed by Leigh Janiak as an adaption of R.L. Stine’s bestselling book series.

Deadline was first to report that the trilogy of interconnected Fear Street films was dealt from Disney to Netflix during last year’s pandemic. The streamer has clustered the films into a themed event being marketed as “The Summer of Fear.”

The Fear Street trilogy was slated to be released theatrically by Fox but after the studio was acquired by Disney, it was tough to find room for it on the always-crowded Disney release schedule. The subject matter is also scarier than traditional Mouse fare.