'This Is Us': How NBC Drama Wrapped The Pearsons' Story After Six Seasons; Dan Fogelman Breaks Down Series Finale; Stars React To End
Read the full story
May 23, 2018 4:00pm 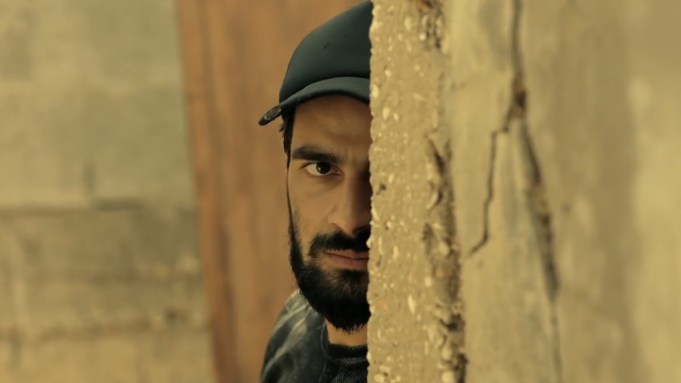 Surrounded by controversy, conflict and accolades since its 2015 debut on Israeli television, Fauda returns to Netflix tomorrow for a second unvarnished season. With bullets flying, betrayal and timing that is almost prophetic, the series about an elite Israeli counter-terrorism unit proves again that some of the streamer’s greatest strengths come from outside Fortress America.

As the adaptation of Prisoners of War into Homeland here in the U.S. proves, Israeli TV is fertile ground for American producers. But that was then. Today, with the billboards for Season 2 of the series created by Lior Raz and Avi Issacharoff popping up around L.A. and NYC of late, Netflix is betting you’ll want to go to the source material this time, so use your clicker as a passport and binge away this Memorial Day weekend.

If you didn’t see the first season of Fauda when it launched on Netflix in December 2016, don’t worry — you’ll pick up pretty fast where things are going in the new watchable 12 episodes as the personal and political weave between Israelis and Palestinians only tightens, and sides are more bridged than chosen, as I say in my video review above.

It can’t be ignored that there has been criticism that Fauda reduces its Arab characters to caricatures and bleaches the realities of the West Bank and Gaza in a play to its Israeli audience. Certainly, there is an emphasis on the Israeli protagonists — this is an Israeli TV show after all. However, on a global scale, the series, whose title means “chaos” in Arabic, takes the viewer deep into territories narratively and geographically that are often a shuttered cliché or mystery.

In a case of “if it ain’t broke don’t fix it, make it better,” there is a lot in the revenge-driven Season 2 that is similar to Season 1. Yet, as Israeli viewers discovered when the second cycle debuted at the end of last year, the series finds new form with the addition of Firas Nassar to a cast that includes Raz, Shadi Mar’i and standout Laetitia Eido. Portraying an ISIS veteran, Nassar’s vengeful El Makdessi has a plan to flip the script and create an Arab team that will be able to pass as Israelis the same way the Israeli unit does as Arabs, which makes up the crux of the drama.

Check out my video review of Fauda above to see more of why I think the Israeli drama is part of where some of the real action in the global TV industry resides. And check out The Letdown, the just-renewed Berlin Babylon, Seasons 1 and 2 of Occupied and Money Heist too, they will broaden your small-screen horizons.