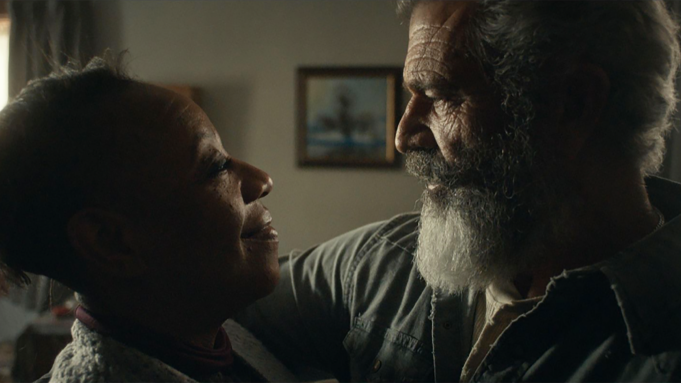 UPDATED with new release dates: Mel Gibson is not your typical Santa. He works the heavy bag, drinks tequila and knows his way around a gun.

In Fatman, declining interest in Christmas has Santa considering retirement. Struggling with change, Chris Cringle partners with the U.S. military in order to save his business. But, he tells them, “This is a one-time deal, gentlemen.” It is, of course, only the beginning of a long, bloody winter for Ol’ Saint Nick. Watch the first trailer for the

Over the course of the movie, Santa becomes locked in a deadly battle of wits against a highly skilled assassin, played by Walton Goggins. But the hitman might just get more than he bargained for.

“I’ve come for your head, Fatman!” screams the assassin.

‘Tis the season for the Fatman to get even, in the action-comedy that keeps on giving.

Marianne Jean-Baptiste also stars in Fatman, which was directed by Eshom Nelms and Ian Nelms. It was produced by Fortitude International and Mammoth Films, and Saban Films will release it in theaters November 13, followed by on-demand and digital 11 days later.

Here is the key art for Fatman: