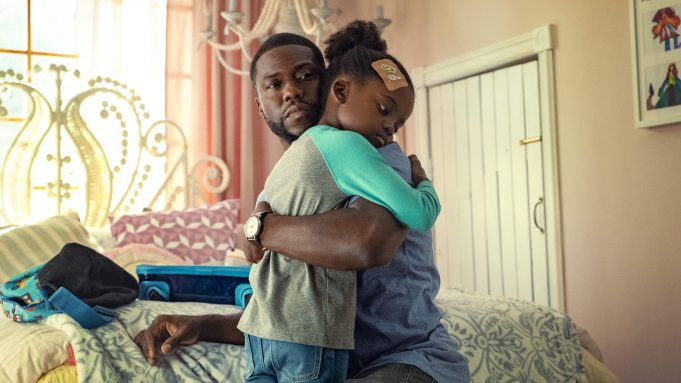 Kevin Hart shows off his dramatic acting chops in Fatherhood, with Netflix revealing the trailer Monday for the film directed by Paul Weitz. The streamer, which licensed the pic from Sony Pictures, will debut it June 18 just in time for Father’s Day.

Dana Stevens and Weitz’s script adapts Matthew Logelin’s true-life memoir Two Kisses for Maddy: A Memoir of Loss & Love, about a single dad (Hart) who brings up his daughter (Melody Hurd) after the unexpected death of his wife a day after the birth. Alfre Woodard, Lil Rel Howery, DeWanda Wise, Anthony Carrigan and Paul Reiser also star in the pic, which judging by the trailer mixes lighter moments (thanks to Hart and Howery) into the emotional story of a dad trying to do his best.

As part of the licensing deal announced in March, Netflix has worldwide rights to Fatherhood outside China, where Sony is releasing. As part of the pact, Sony will also keep the IP and all transactional home entertainment windows outside of Netflix.

Fatherhood has been a long time coming. Pre-pandemic, Sony pushed back the original release date from April 2020 to January 8, 2021. Sony said that change, well ahead of the Netflix deal, was not due to the late-summer 2019 car accident in which Hart suffered major injuries. He has since recovered.