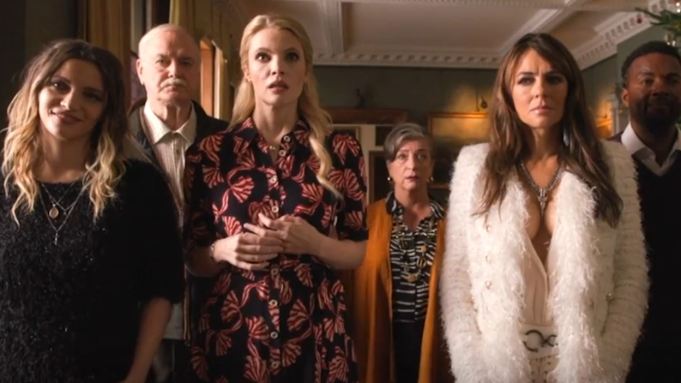 EXCLUSIVE: Here’s the first trailer for comedy Father Christmas Is Back, which MSR will be selling at the AFM.

Elizabeth Hurley, John Cleese, Kelsey Grammer and Nathalie Cox lead cast in the movie, which wrapped this fall in the UK. The pic from MSR Media is directed by Philippe Martinez (Viktor) and Mick Davis (Modigliani) from a script from David Conolly and Hannah Davis Law (Mothers and Daughters) and Dylanne Corcoran.

The plot centers on Caroline Christmas (Cox), a control freak who desires nothing more than a perfect Christmas with her sisters at her lavish country manor to atone for the fact that their father (Grammer) abandoned the family on December 25th many years ago. When on Christmas Eve their long-lost father arrives at their doorstep with his new girlfriend, chaos ensues. Through a series of mishaps and misunderstandings, Caroline uncovers a long-buried family secret. Can the family still celebrate Christmas together after all?

The film is is based on an original idea by Martinez, who also produces with Alan Latham from Highfield Grange Studios. Goldfinch’s Kirsty Bell executive produces alongside Lee Beasley and Karinne Behr from MSR Media.