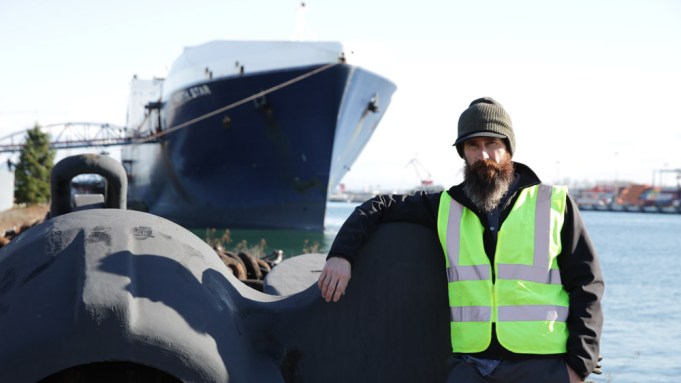 EXCLUSIVE: Former Fast ‘N’ Loud star Aaron Kaufman is looking for a new job. Discovery Channel has ordered Aaron Needs A Job, a new series starring and executive produced by expert custom car-builder Kaufman, who steps out of his comfort zone and dives headfirst into mechanical worlds he’s never experienced before. Aaron Needs A Job, produced by Lionsgate’s Pilgrim Media Group, premieres Monday, July 15 at 10 PM on Discovery Channel. You can watch a teaser above.

In the series, Kaufman takes viewers on a wild ride around the country as he explores exciting new motor-driven industries. He explores the world of vintage military vehicle restoration in Uvalde, Texas, tests his nautical skills as part of a tugboat crew in Tacoma, Washington and gets a rare look at the underbelly of the Las Vegas hotel service industry. Whether he is careening three miles into a pitch-black Colorado coal mine to learn about the very real dangers of operating machinery near explosive coal dust or joining the brave ranks of Nevada firefighters working through extreme desert conditions, Kaufman leaves no stone unturned on his journey to find his next big gig.

Kaufman starred on Fast ‘N’ Loud, alongside Richard Rawlings, from the series’ launch through 2018, as well as Shifting Gears with Aaron Kaufman, both on Discovery Channel.