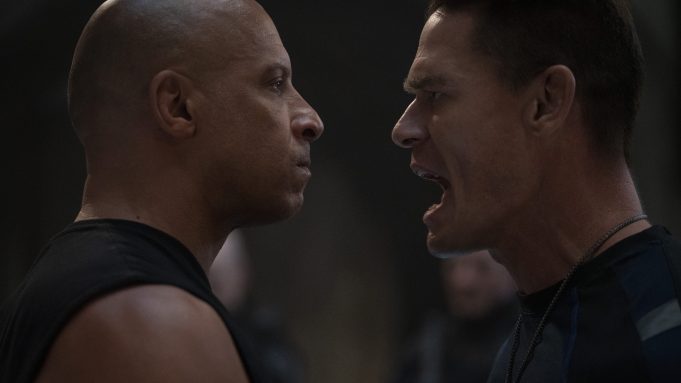 If you’re going to make a sequel, especially a ninthquel, you gotta give a great reason for audiences to come back. And in the case of Universal’s F9 ne Fast & Furious 9, it’s that John Cena’s character aka Jacob is “Dom’s brother” according to Michelle Rodriguez’s Letty Ortiz.

Says Charlie Theron’s baddie Cipher to Jacob: “You’re whole life you’ve pushed yourself to be faster than Dom, smarter than Dom, stronger than Dom, but could you kill him? Because I’m ready if you are.”

Add in Letty falling out of a building, a Pontiac Fiero strapped to a rocket engine, a three-piece armored truck flipping and a jeep driving up a falling jungle draw bridge, and we have ourselves a party.

It all happens on Memorial Day weekend, May 22.