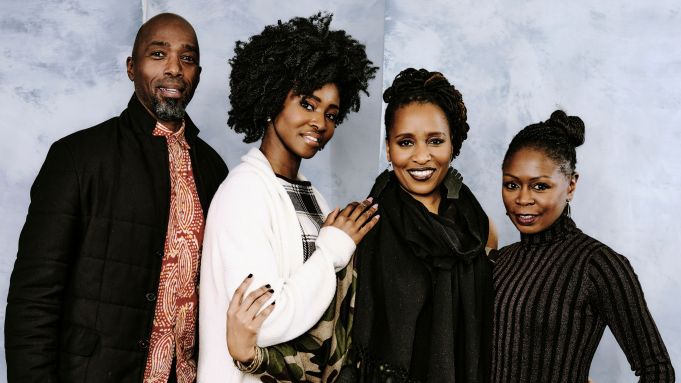 After 17 years apart, Angolan immigrant Walter is joined in the U.S. by his wife and teen daughter. Now absolute strangers sharing a one bedroom Brooklyn apartment, they struggle to overcome the emotional distance between them. Walter is trying to let go of a previous relationship while his wife Esther struggles with a new country, culture and a husband who seems distant. Their daughter Sylvia is a dancer just like her father, and while she also finds her new life difficult, she bravely starts to explore the city and show herself through dance.

During her time at Deadline’s Sundance studio, Msangi shared that the inspiration for her film came from her uncle, who “came to the States on a student visa in the mid-nineties with every intention of bringing,” the family he left behind. “It’s been 25 or so years later and they’re still in the process of applying for visas and ever hopeful that one day he will happen, said Msangi.

Rather than tell that story, Msangi said her film explores the flip-side and looks “at the effects that the separation has had on them as a unit on the family at large” and examines “what would happen if the visa wasn’t the issue.?” If they finally did get permission to be together after they’ve built this dream and hope and idea in their mind of what a family would be.”