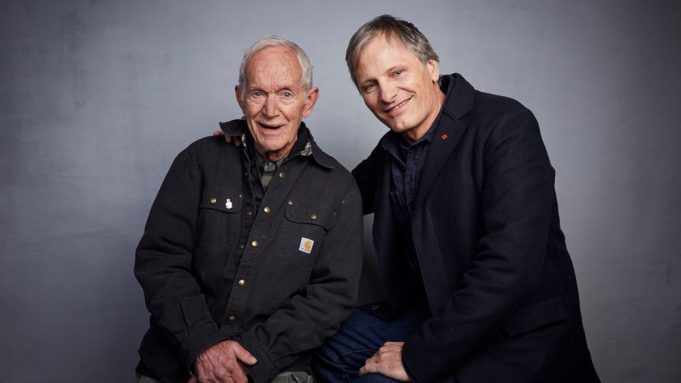 Falling marks three-time Oscar nominee Viggo Mortensen’s feature film debut — and he picked some very heavy subject matter to take on. In the drama, the legendary Lance Henriksen plays Willis, the very conservative (and homophobic) father of Mortensen’s John. When Willis moves from his rural farm to live in Los Angeles with John, his partner Eric (Terry Chen) and their family, things become tense. Mortensen, Henriksen and Chen were joined in the Deadline studio at Sundance by Hannah Gross, Sverrir Gudnason and Bracken Burns to talk about the drama. More than that, Mortensen talked about his first time out as a director.

The idea for the family drama came about when Mortensen’s mother died. She started to write a short story about his mother and the dynamic between her and his real father. He recently revisited it and thought it could be a movie. He started sculpting a story about finding common ground with someone you disagree with.

“As I was writing the screenplay, I was thinking about what’s actually happening in the country,” he said. “How do you deal with hate speech or with someone who just doesn’t accept, won’t even listen to you, doesn’t want to know anything about what you perhaps stand for, what you identify as — all those kinds of things.”

When playing the homophobic father, it opened the Henriksen’s eyes and hit close to home. He recalled World War II and the struggle and fight to have a society.

“It was a rough time,” he said. “All of the reaction to the war after it was over was around the time I was becoming aware of a lot, you know?” He continued, “I contrast what was going on then with what’s going on now in terms of people…I have a 20-year-old daughter and she demands that I call her either ‘them’ or ‘they'”. He admitted that he didn’t know how to react to that, but he accepted it because he calls his daughter “the coolest person in the world.”

“This movie made me realize the world is changing,” he said. “We’re being held back by some politicians that are a little bit messed up in the head. They’re more about commerce than they are about what needs to happen…I mean, there’s so much going on and [there’s an] attempt [to] make the world a better place. That’s the job.”