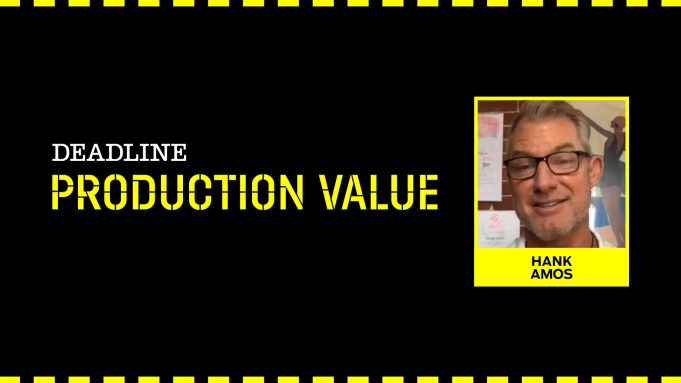 On The Falcon and the Winter Soldier, supervising stunt coordinator Hank Amos helped design a sequence that is now “the highlight” of his career.

The sequence from Episode 1, “New World Order,” involved a plane hijacking, followed by wingsuit flying, 90% of which was done practically. “I had the Red Bull Air Force, the greatest wingsuit pilots on the planet…working with us, and I was just blown away,” Amos recalls, in the latest installment of Production Value. “They’re flying at 140 miles an hour, and they’re six inches off of each other…They were so precise, and it was just an amazing experience.”

While it would be easy to assume the sequence was brought to life through extensive visual effects, VFX elements mostly came into play in the creation of backgrounds. Real wiresuit flying was supplemented with only minimal wire work. “That was a massive undertaking, [and] I take my hat off to Marvel. I don’t even think I’ve ever seen a wingsuit sequence like that in a big feature film,” says Amos. “That was massive, and that’s the lengths that Marvel is willing to go to, to make these shows spectacular.”

Exec produced for Marvel and Disney+ by showrunner Malcolm Spellman, The Falcon and the Winter Soldier picks up after the events of Avengers: Endgame, watching as Sam Wilson’s Falcon (Anthony Mackie) and Bucky Barnes’ Winter Soldier (Sebastian Stan) team up for a global adventure that tests both their abilities and their patience.

From Amos’ perspective, the action-packed show was “a monster” to put together. Doing so, though, was “really fun.”

“When you think about a major motion picture, you’ve got maybe five or six major action sequences, in two hours’ worth of content,” he explains. “We did 17.”

Notably, Amos’ involvement with Marvel isn’t limited to Falcon. His journey with the studio began in the early 2000s on Spider-Man 2 & 3. In the third installment, he graduated from stunt performer to stunt double for Topher Grace. In 2012, he moved up to the position of stunt co-coordinator on The Avengers. Later, he went on to coordinate Black Panther’s memorable car chase sequence, and the 2019 blockbuster Captain Marvel.

Today, Amos has reached the pinnacle of his work with Marvel, coordinating each of the series they’ve made for Disney+, including WandaVision, Loki and the upcoming Ms. Marvel. He says working for the studio has been one of the greatest aspects of his career, allowing him to continually grow, as the studio itself has. “A lot of people don’t know this, but I met my wife, the woman of my dreams, on the very first Avengers movie. So I have a very special place in my heart for this studio and these people,” he says. “As we’ve gone through the years being able to coordinate for them, and then most recently, to second unit direct some of their action sequences, it’s been the highlight of my career.”

Amos attributes the success he’s seen at Marvel to a number of factors. “I think it’s like anything. If you get your shot, you’d better make it count,” he says. “I would like to think that through my performance and my work ethic, I was awarded each successive job, and it’s just been a dream career. I’m just humbled for the opportunity that I’ve been given.”

During his appearance on Production Value, Amos breaks down his singular path from the world of professional water skiing into film and TV, touching on his first movie experience on Sandra Bullock sequel Speed 2, and mentors he learned from in the early stages of his career, including John Zimmerman, R.A. Rondell and Jeff Habberstad. While describing the fundamental components of the stunt coordinator’s job, he also offers further insight into the work he put in on The Falcon and the Winter Soldier, addressing the “fight camp” he set up for actors, and the creative conversations from which its stunts emerged.

Check out our entire conversation with Amos by clicking on the video above.