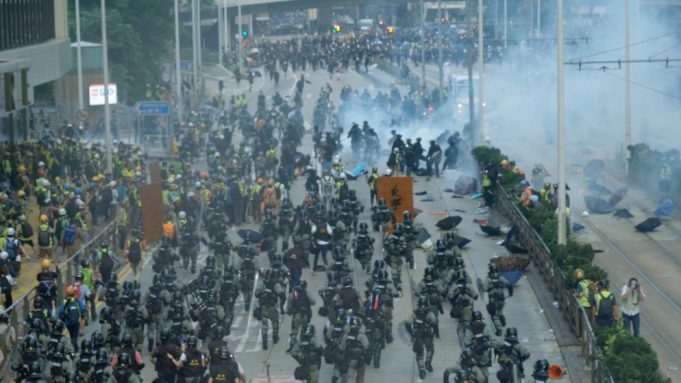 The uphill battle of protesters to defy China’s attempt to squelch the city’s last vestiges of autonomy is told in the film directed by journalist and first-time director Jennifer Ngo. Young people led the revolt, which spread in 2019 after China attempted to impose a new extradition law on Hong Kong that would have allowed criminal suspects in Hong Kong to be sent to mainland China for trial.

The protests grew more violent over time as police fired rubber bullets and live ammunition at people in the streets and demonstrators hurled Molotov cocktails in response. Last June China upped the ante by imposing a new national security law that threatened severe penalties for “subversion against the central government.”

Dissonant Productions in association with XTR and Flat-Out Films combined forces on the documentary, which holds its world premiere this Thursday at the Hot Docs Canadian International Film Festival in Toronto. The film is an acquisition title, with Dogwoof Films handling sales.

Faceless focuses on a quartet of young protesters, according to the filmmakers: “A daughter who loves her police officer father; a Christian believer who advocates nonviolent resistance; a student entering his last year of high school; and queer artist-activist.”

The documentary offers a ground-level view of the action as the four main subjects “take to the streets, facing tactical problems with creativity and countering police brutality with commitment and unity in the midst of the largest challenge to Communist Party rule since Tiananmen Square. As protests morph into a greater city-wide movement calling for democracy and justice against police brutality, each of them are forced to re-examine their motives, their values and personal relationships.”

The title of the film comes from an imperative for the protesters–to maintain their anonymity. “The cast remains masked during the filming, so that they would not be identified.”