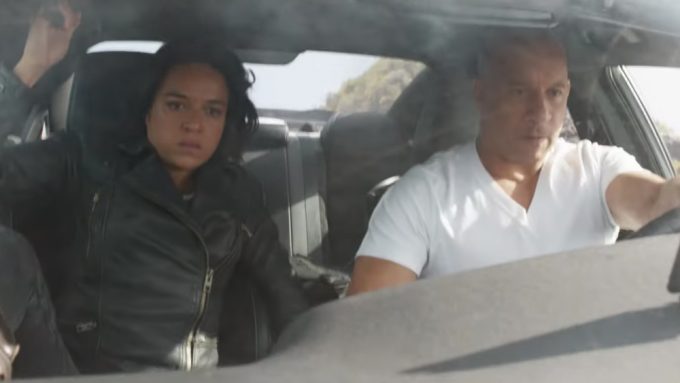 Just days after Universal released a new trailer for the Justin Lin-directed F9: The Fast Saga and unveiled that there will be #JusticeForHan with the return of fan-favorite Sung Kang, the studio released another action-packed snippet of the new installment of the Fast and Furious during the Super Bowl.

The teaser is dusted with an intense choral chant of “Hallelujah” and doesn’t show much new footage. However, it does further titillate our senses with looks at the death-defying stunts and bonkers, off-the-wall car action sequences we can expect from F9, which opens in theaters May 22.

As the logline for the film states, the next movie has Vin Diesel’s Dom Toretto is leading a quiet life off the grid with Letty and his son, little Brian, but they know that danger always lurks just over their peaceful horizon. This time, that threat will force Dom to confront the sins of his past if he’s going to save those he loves most. His crew joins together to stop a world-shattering plot led by the most skilled assassin and high-performance driver they’ve ever encountered: a man who also happens to be Dom’s forsaken brother, Jakob (John Cena).