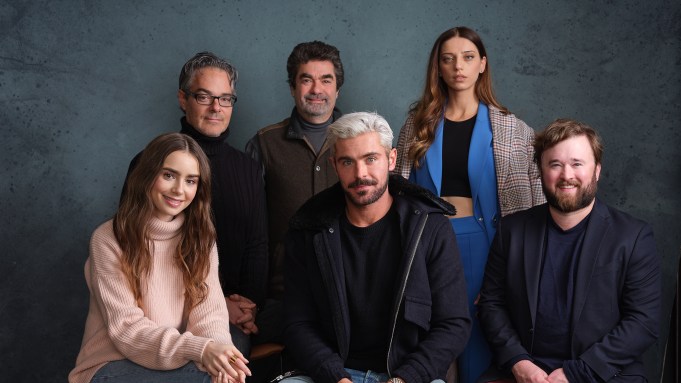 On January 24, Netflix released Conversations with a Killer, Joe Berlinger’s riveting four-part docuseries on Ted Bundy; two days later, Berlinger was at Sundance with a narrative feature, Extremely Wicked, Shockingly Evil, and Vile, also to do with Bundy, one of the most infamous serial killers in American history. Emerging around the same time—on a weekend marking the 30th anniversary of Bundy’s execution—it’s stunning to hear that this kind of synchronicity wasn’t planned.

Promoting the Bundy film—which entered the fest without a distributor, and also wound up at Netflix—the director stopped by Deadline’s Studio to explain how both projects came about. “I wish I could say that I had this grand plan to own Bundy in 2019, but it all was just kind of happenstance,” he said.

First, there were The Ted Bundy Tapes, many hours of never-before-heard recordings, of Bundy speaking from death row. These landed on Berlinger’s desk in February of 2017, and in April, “the script for Extremely Wicked literally fell into my lap,” the director explained. While Berlinger never intended to tackle the two projects simultaneously, or to roll them out together, he’s found that the two works paired together “make this incredible two sides of a coin.”

“The docuseries is a deep descent into the mind of the killer, so we start to understand how somebody like that could have gotten away with all these bad things for so long,” Berlinger summarized, “and the movie is inside the mind and the experience of a victim.”

Written by Michael Werwie, Extremely Wicked examines the killer (Zac Efron) from the perspective of Elizabeth Kloepfer (Lily Collins) Bundy’s longtime girlfriend who, like so many others, was unable to reconcile the man she knew with the accusations made against him.

For Collins, the project had instant appeal. In concert with an Oscar-nominated documentarian, who has used his films to effect change in the world, Collins could offer her respect to a woman who suffered in anonymity, giving a voice to the silenced, and even meeting Kloepfer herself.

For Efron, meanwhile, the decision to play a character like Ted—a psychopath, pursuing utter depravity—came down to a personal encounter. “You know how you go through life and meet certain people and they leave a lasting impression? I definitely met somebody over the course of my life, and they are the reason that I think I wanted to play Ted,” Efron said. “Just because I know there are crazy people out there, and it’s kind of fun to get to be one for a little while.”

As Berlinger’s docuseries indicates, catching a killer today is much easier today than it was in the 1970s. Technology has evolved to a point of sophistication that couldn’t have been imagined back then. It’s unfortunate, then, that human beings aren’t so quick to change.

With so much left to understand about the human mind—and psychopaths themselves—what is the takeaway from these projects? For Berlinger, their message is clear. “People want to think that a serial killer is easily identifiable—‘Oh, he’s that creepy looking guy, that social outcast’—because we want to believe that you can avoid that kind of horror,” the director explained. “[But] the people who do evil stuff are not what you expect, and that’s the enduring lesson of Bundy.”

While Berlinger’s docuseries is out now, his Bundy pic will debut sometime in 2019. For more from our conversation with the Extremely Wicked team—which included co-stars Angela Sarafyan and Haley Joel Osment—click above.