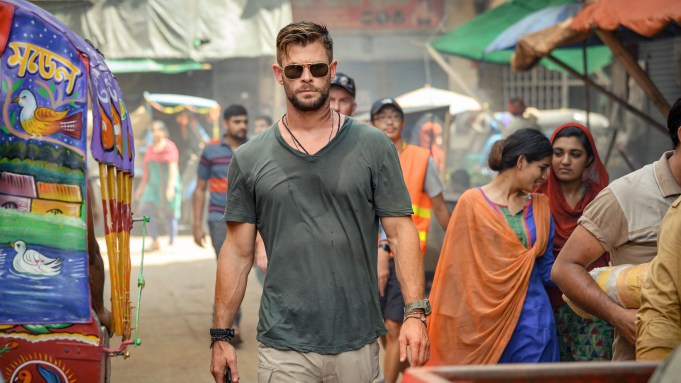 Here’s the debut trailer for Netflix thriller Extraction, starring Chris Hemsworth as a black-market mercenary who is hired to rescue the kidnapped son of an imprisoned international crime lord.

Sam Hargrave, stunt coordinator on Captain America: Civil War, is directing the movie. Joe Russo, of Marvel fame, wrote the script and is producing with his brother Anthony through their banner AGBO.

In the footage above, Hemsworth’s character is taking no prisoners, smashing his way through a variety of bad guys as he tries to rescue the kidnapped child and also earn some personal redemption.

Netflix has world rights and will premiere on April 24.