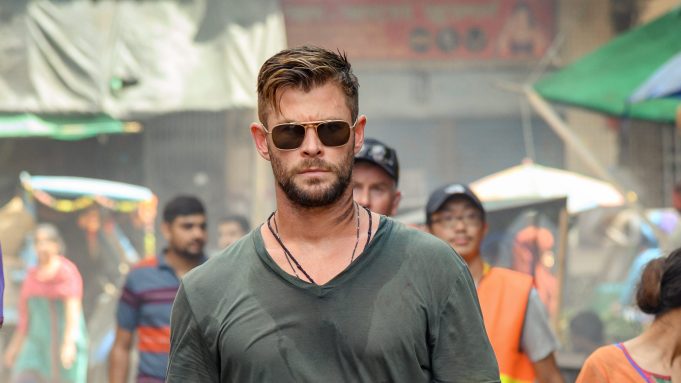 While Chris Hemsworth’s black ops mercenary Tyler Rake appeared to have met his end at the close of Extraction, the actor confirmed today that he will be back for Extraction 2, as Netflix unveiled a teaser for the sequel.

Hemsworth will reteam on the follow-up film with director Sam Hargrave, as well as producers Joe and Anthony Russo.

The original action-thriller penned by Joe Russo was based on the graphic novel Ciudad, which he created with Ande Parks, Fernando León González, Eric Skillman and his brother, Anthony Russo. It followed Rake’s efforts to rescue Ovi Mahajan (Rudhraksh Jaiswal)—the son of an Indian crime lord—and watched as his mission went awry, as he was double-crossed.

The teaser for Extraction 2 picks up where the original film left off, watching as Rake is shot and falls off a bridge into a river. “Tyler, you drown not by falling into the river,” Mahajan says in voiceover, “but by staying submerged in it.” We then watch as Rake propels himself up from the river’s bottom, in a bid to survive.

Extraction became the most-watched Netflix movie of all time upon its April 2020 debut, pulling in 99M households worldwide in its first four weeks on the streamer.

Check out the first teaser for Extraction 2 above.