Continue to Deadline SKIP AD
You will be redirected back to your article in seconds
Skip to main content
June 24, 2020 1:58pm 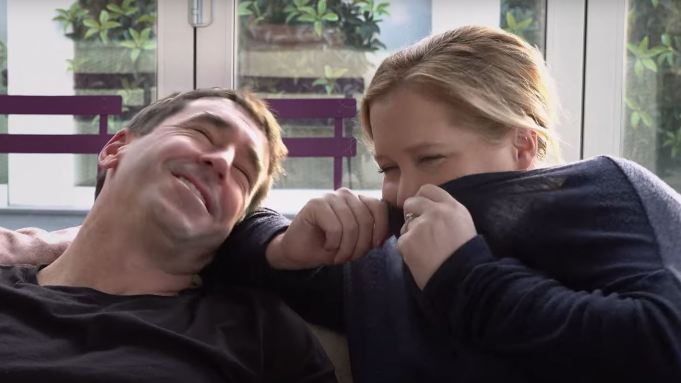 Amy Schumer has been a trainwreck before, but does that prepare her for motherhood? Or even pregnancy? Find out when HBO Max airs Expecting Amy, a three-part documentary series launches July 9. In the meantime, check out the first trailer above.

The show follows the veteran comic as she juggles looming parenthood with her stand-up career and thoughts like “I can’t wait to hold him” and “I’m not scared of giving birth.” There also are a few complications including hospitalization and a career-vs.-momdom mini-crisis, about which Schumer tells husband Chris Fischer, “My stand-up is not more important to me that our marriage.”

Here’s a shortened version of the streamer’s official logline: Expecting Amy takes viewers behind-the-scenes as Schumer battles through an extraordinarily difficult pregnancy while documenting the formation of a comedy special. Schumer continues touring to prepare for the taping in Chicago that she isn’t sure she will be able to execute. From hospitalizations to going out in front of a crowd of thousands, to quiet moments at home with her family, Schumer shares it all — beginning the day she found out she was pregnant, through the birth of her child. It’s like Jerry Seinfeld’s movie Comedian, if he had been pregnant.

Produced by Schumer, Expecting Amy is directed and edited by Alexander Hammer, who cut Homecoming: A Film by Beyoncé.