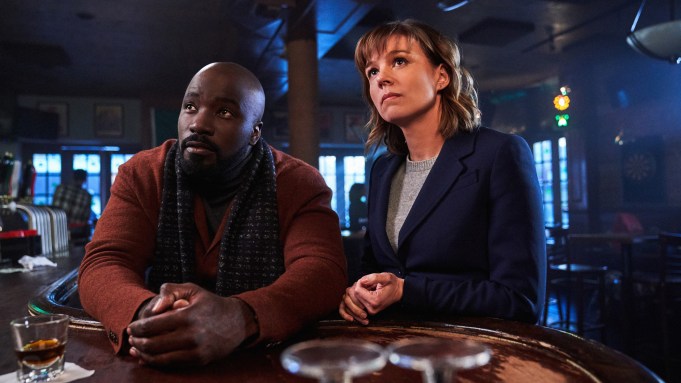 “There are people in this world who are …. evil.” Those words are the only dialogue spoken in a creepy 34-second teaser trailer for CBS’ anticipated supernatural drama series Evil, from Robert and Michelle King.

Written by the Kings and starring Katja Herbers, Mike Colter and Aasif Mandvi, Evil is a psychological mystery that examines science vs. religion and the origins of evil. The series focuses on a skeptical female forensic psychologist, played by Herbers, who joins a priest-in-training (Colter) and a carpenter (Mandvi) to investigate and assess the Church’s backlog of supposed miracles, demonic possessions and unexplained phenomena.