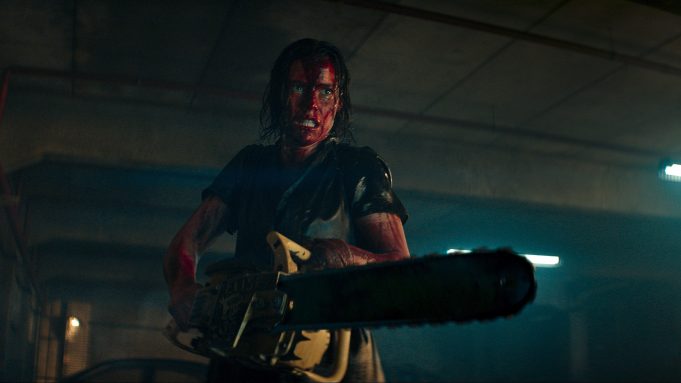 New Line Cinema, Renaissance Pictures and Warner Bros Pictures have unveiled the first red-band trailer for Evil Dead Rise — the fifth installment in the long-running horror franchise Evil Dead created by Sam Raimi, which is slated for international release beginning April 19 and will debut in U.S. theaters on the 21st.

The film written and directed by Lee Cronin (The Hole in the Ground) moves the action out of the woods and into the city, telling the twisted tale of two stranger sisters, played by Alyssa Sutherland (The Mist) and Lily Sullivan (I Met a Girl), whose reunion is cut short by the rise of flesh-possessing demons, thrusting them into a primal battle for survival as they face the most nightmarish version of family imaginable.

Evil Dead Rise’s box-office competitors on its opening weekend in the U.S. include the Roadside Attractions dramedy Somewhere in Queens directed by and starring Ray Romano, and MGM’s action-thriller The Covenant with Jake Gyllenhaal.

Films coming up next for release by Warner Bros. include the House Party remake directed by veteran music video helmer Calmatic, and Steven Soderbergh’s franchise closer, Magic Mike’s Last Dance, starring Channing Tatum and Salma Hayek Pinault, which will respectively open on January 13 and February 10. Other notable titles on the docket for release this spring include Creed III (March 3) and Shazam! Fury of the Gods (March 17).

Watch the red-band trailer for Evil Dead Rise by clicking above. A new green-band trailer can be found below.