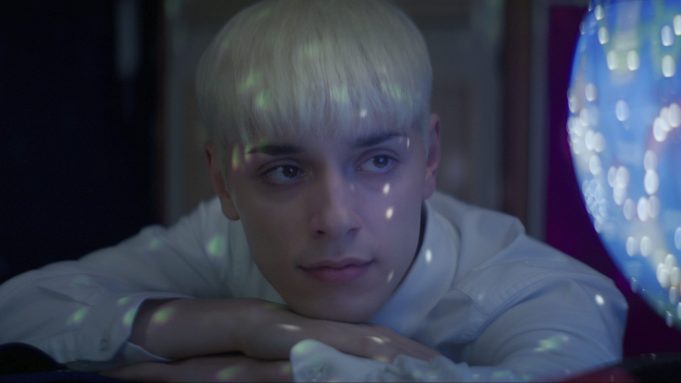 Amazon Studios has unveiled a new trailer for its upcoming film adaptation of Everybody’s Talking About Jamie, which will be released globally September 17 on Prime Video.

The film inspired by true events centers on Jamie (newcomer Max Harwood), a teenager from Sheffield who dreams of a life on stage, privately contemplating a career as a fierce and proud drag queen.

Jamie’s best friend Pritti (Lauren Patel) and his loving mum (Sarah Lancashire) shower him with endless support, as local drag legend Miss Loco Chanelle (Richard E. Grant) mentors him toward his debut stage performance. But Jamie also has to contend with an unsupportive father (Ralph Ineson), as well as an uninspired careers adviser (Sharon Horgan) and a number of ignorant kids at school who try to rain on his sensational parade. In colorful musical numbers, Jamie and his community inspire one another to overcome prejudice, be more accepting and to step out of the darkness into the spotlight.

Shobna Gulati, Adeel Akhtar and Samuel Bottomley round out the cast.

Butterell also directed the film adaptation, from a script by MacRae.

Check out the latest dazzling trailer for the film above.