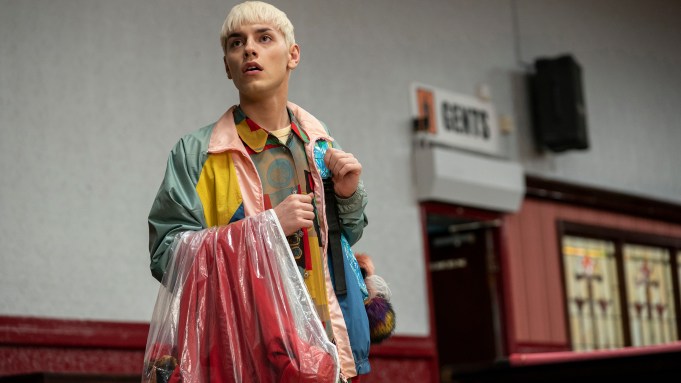 Here’s the first trailer for Everybody’s Talking About Jamie, the feature film version of the Olivier Award-nominated stage musical. 20th Century Studios/Disney is releasing the movie on February 26 in both the U.S. and UK.

Starring newcomer Max Harwood in the titular role alongside a supporting cast including Richard E. Grant as a drag queen and Jamie’s mentor, and Sharon Horgan as his teacher, the story follows a teenager from Sheffield, England who wants to be a drag queen.