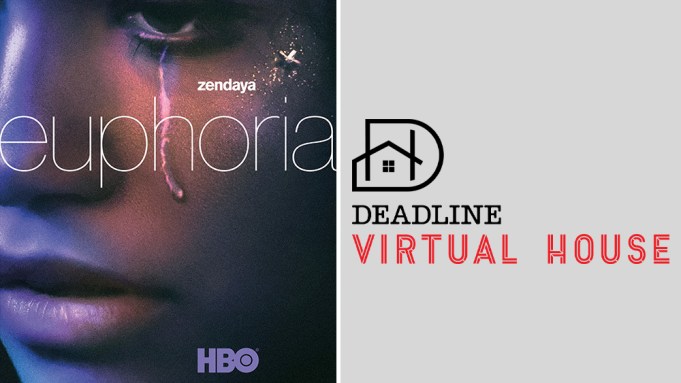 Deadline’s Virtual House played host to the talented Euphoria team on Monday night as they discussed the look and feel of HBO’s critically acclaimed teen drama which was nominated for six Emmys including Outstanding Lead Actress in a Drama Series for Zendaya as well as nods for the show’s music, costumes and makeup. Zendaya was joined  Makeup Department Head Doniella Davy, Costume Designer Heidi Bivens, Music Supervisor Jen Malone and Composer Labrinth to talk about bringing show creator Sam Levinson’s vision to life — and it was a very fantastical vision of heightened reality.

“When we were shooting the pilot, I remember going to him and asking him questions about creative choices that I was looking to make,” said Bivens about working with Levinson. “I could push it and do something that wasn’t necessarily what we see on your average teen or I can go with something that I felt was really realistic.”

She said that one of her favorite moments while shooting was when Levinson pulled her aside and said, “I don’t give a f*** about reality.”

“From that point on, I had the license to do whatever I felt was right and not edit myself creatively,” she said adding that because all the departments share that sentiment, they were able to create Levinson’s vision of Euphoria.

On the music side, Labrinth and Malone saw Levinson as their point person as they were creating a soundscape for the heightened reality of Euphoria. Labrinth, who composed the memorable musical number “All For Us” in the season finale, said that Levinson had a clear vision and they wanted to articulate that.

In order to sculpt the sound for the show and curate music, Jen laughed and said she approached the massive job with “blood, sweat and tears”.  She said that from Labrinth’s score to episodes filled with 20-30 songs, there was so much music — but it all managed to work.

“Levinson was game for anything,” said Malone. “Some of the best moments where a piece of music came together and the video and the audio were made for each other.”

For Zendaya, playing recovering addict Rue has had impact on her. “I’ve loved it every step of the way,” she said. “From the beginning, this has been something that has been so special to me and connected me in such a profound way and I feel so lucky to be a part of it at all.”

She points out that the show isn’t trying to be a moral touchstone, rather it is a vessel for storytelling and allowing people to see life through someone else’s eyes. For Rue, we get to see where she comes from and why she is the way she is.

“That, in a beautiful way, gives us so much empathy for her as a person and a character and so when she does make the wrong decision or do the wrong thing, we still root for her because we get her…and that’s true to every character,” said Zendaya.

Watch part of the conversation from the Virtual House with the Euphoria team above.