Continue to Deadline SKIP AD
You will be redirected back to your article in seconds
Skip to main content
November 30, 2020 1:37pm 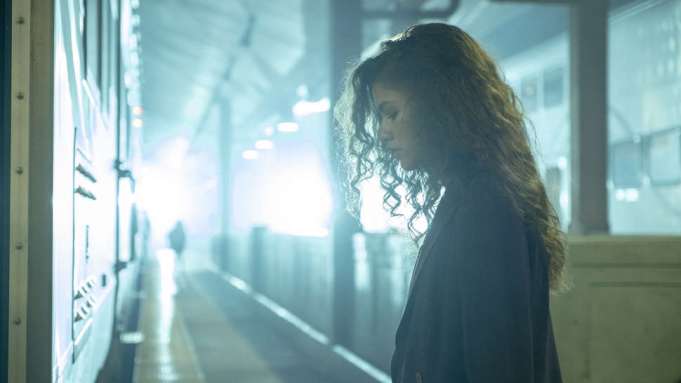 Zendaya, fresh off an historic Emmy Award win, will return as Rue in the first part of Euphoria‘s special episodes. But with her character on a downward spiral and longing for Hunter Schafer’s Jules during the holiday season, the trailer for the first special is anything but euphoric.

The short snippet, released Monday, shows Zendaya in her character’s signature maroon hoody staring outside a diner window as Otis Redding’s “Cigarettes and Coffee” scores the moody scene. She reminisces on her final moments with Jules from the Season 1 finale, which saw her and Jules heading for the big city. But before the two board the train into a new life free from their high school problems, Rue stays on the platform, leaving Jules to venture out on her own.

Scenes and dialogue of the bittersweet departure, which leads Rue down a tricky spiral back into her old drug habits, replay in the character’s head while she drifts off deep in thought.

“Maybe I deserve it,” Rue says of her hopelessness and loss – that is before she’s interrupted by Colman Domingo’s Ali.

“Rue, why’d you call me,” interrupts Ali, Rue’s AA sponsor. He snaps her out of her heartbroken reminiscing to help her figure her feelings out.

The first special episode, titled “Trouble Don’t Last Always”, is written and directed by series creator Sam Levinson and will take place during Christmas. The first episode will air December 6 at 9 p.m. ET/PT on HBO. The second special episode does not have a release date just yet.

Watch the trailer for part one of the Euphoria special episodes above.