After Contract Renewal, Disney CEO Bob Chapek Looks To Prove Wishes Can Come True With Him Helming The Ship
Read the full story
August 24, 2020 11:14am 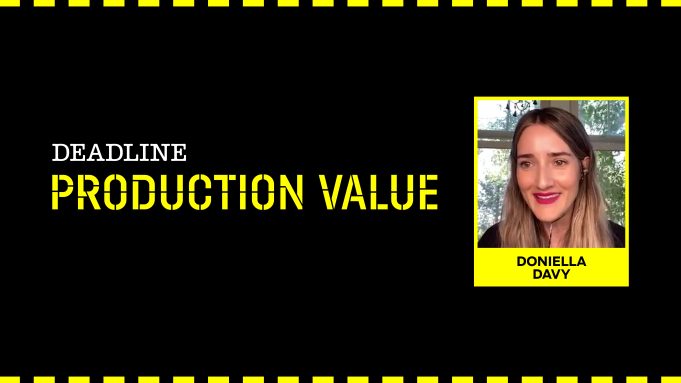 On HBO’s Euphoria, makeup department head Doniella Davy fully embraced a mission that was of vital importance to creator Sam Levinson, placing a spotlight on the practice of makeup as self-expression.

“Euphoria makeup, or people using makeup to express themselves, has been happening for centuries, and I think for the audience to be able to see these expressive, colorful makeup looks on real characters kind of invites the audience to participate,” Davy says, in the latest installment of Deadline’s Production Value video series. “You know, it’s really different, seeing these kind of fashion-fun makeup looks on models, walking down a runway. It’s not quite as accessible. So, what I really wanted to do, and what I think Sam really wanted to do, also, is really bridge that gap between the fantasy of makeup as self-expression and the everyday.”

Debuting last June, Euphoria centers on Rue Bennett (Zendaya), a 17-year-old recovering drug addict struggling to find her place in the world, following her and her high school peers through turbulent experiences with sex, drugs, relationships, identity and trauma.

When Davy first read the script for the teen drama, the world that she’d be working within was compelling and clear. “In Euphoria, obviously, we’re in a heightened reality. It’s dreamy; it’s surreal. The highs are high; the lows are low. It’s very expressive. It is never sterile. It’s always unpredictable, so the makeup could be like that as well,” she explains. “Obviously, that’s not the case with other projects I’ve worked on, and other TV shows out there. Everything going on emotionally in the show was mimicked with the makeup.”

In terms of visual inspirations heading into the shoot, Davy was primarily focused on Gen Z Instagram accounts. “Gen Z is so rebellious and bold with their use of makeup, and I’ve noticed that they are really intensely continuing the practice of going against beauty makeup and gender norms with self-expression, which I love so much. There’s this rebellious freedom and total ‘No f**ks given’ approach that Gen Z has with makeup, and it’s so inspiring,” the makeup designer says. “Then, it’s been cool to see these Euphoria makeup looks get back on the faces of Gen Z, because it’s a full-circle moment. They’re sort of back on the faces where they originated from in the first place.”

Growing up in Los Angeles, Davy had no expectation that she’d end up working in film and TV. “My background is more visual art,” she explains, “like, painting and drawing and photography.”

But after graduating from Pratt Institute with a BFA in photography, she realized that the life that was ahead of her wasn’t the one that she wanted to pursue. Switching gears, Davy then cold-called makeup department head Jane Galli, taking a crash course with the film and TV veteran, and subsequently looking to Craigslist for every industry gig she could find.

On her first narrative feature, Kicks, Davy met Adele Romanski, Barry Jenkins’ creative producer. It was this connection that would lead her to work on the Oscar-winning Moonlight, If Beale Street Could Talk, the upcoming Underground Railroad—and Euphoria, as well.

Last month, the HBO series was met with six Emmy nominations, including a pair for first-timers Zendaya and Davy. For the makeup artist, the recognition is of course both exciting and rewarding. “It’s exciting that the world appreciates the makeup and sees it. You know, that’s what it’s for. Makeup is so tied to mental health; self-expression is so tied to mental health,” she says. “It’s just great to be able to do what Sam wanted to do with the show, which is to sort of highlight this practice of using makeup this way.”

And while Davy has found plenty of challenges so far in her years as a makeup artist, she’s also found a craft that she lives for. “A meaningful script, the opportunity to tell a story that I care about, that I think the world needs to see, is everything for me, and that’s what makes all the hardships of my job worthwhile in the end,” she says. “That is why I’m here, doing what I am doing. That’s why I wanted to get into this industry, was to lend my hand and brain, in some way, in helping tell a story.”

For more from our conversation with Davy, click on the video above.