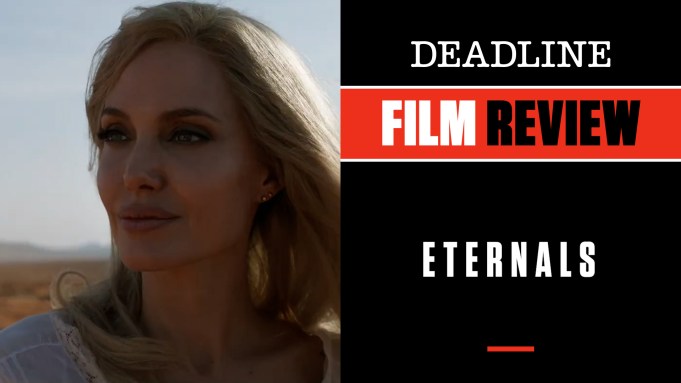 By hiring Academy Award winner Chloé Zhao to helm its much-awaited Eternals and handle the cinematic introduction of 10 new superheroes in its canon, Marvel has not lost its marbles.

And no, its not sending the MCU in the art house direction of Nomadland and The Rider, the two most notable Zhao-directed films to date. Instead, it is putting an important and potentially gold mine of a new franchise into the hands of a filmmaker who clearly has the chops to pull off the action and special effects necessary, but also, more crucially, put the emphasis on the human side of things.

In the post-Avengers era of the MCU, this is an encouraging move on the part of producer Kevin Feige, and one bound to pay off with fans, if not necessarily add devotees of Zhao’s previous, more austere work to the legions of MCU fanatics.

For the 25th Marvel film, and perhaps the one that will be most indicative of the future directions of the Disney-owned powerhouse, Zhao has quite a job to do in introducing us to 10, count ’em, 10 new superhero characters, who, at the end of the endless end credits, are already promised (in James Bond fashion) to “return.”

Tell that to the Fantastic Four, just one example of where a franchise can go terribly wrong and fans revolt. Marvel needs not worry, because even for the casual moviegoer not invested in every twist and turn in these epics (count me in on that), this is an accomplished and entertaining comic book movie that manages to somehow keep us engaged and invested in the journeys of this group of apparently immortal fighters and thinkers, as they are divided and defined, who had been doing their thing in consistently and collectively saving humanity from itself ever since the dawn of man about 7000 years ago.

As we meet them, they are spread out all over the globe in the present day, as these immortal aliens from the planet Olympia have managed to immerse themselves largely into the actual human population, protecting us from evil creatures known as the Deviants. The latter had long been thought vanquished, but now have emerged again, forcing the Eternals, led by matriach Ajak (Salma Hayek), who also has a direct line to the all-important Celestrials, to bring them back together in Seven Samurai style to once again save Earth from extinction.

Like so many of these comic book setups, Eternals has the bones of a classic Western, and Zhao and her co-writers (Patrick Burleigh and Ryan and Kaz Firpo, the latter pair also with Story credit) have done their best to give each distinctive personalities, abilities, self doubts and complexities to make this all work over the course of two and a half hours.

The running time might have been trimmed, because it felt like Eternals, with a number of “endings,” actually takes an eternity to sign off.  That is a quibble that no doubt will be manna from heaven, in fact, for fans of this kind of thing, who probably would want it go on longer. But it does clearly take a village to save the universe, and we have got one here.

Most intriguingly, we have Angelina Jolie finally succumbing to membership in the MCU, effectively cast as Thena, a fighter more comfortable with her abilities in battle than in her own skin. Jolie is striking in the role, which relies on physicality far more than words.

Also impressive is Gemma Chan (Captain Marvel, Crazy Rich Asians) as Sersi, a talented thinker who, while true to her multi-thousand-years duties, is also fancying merging with the human race and close male friend Dane Whiteman (Kit Harrington), who holds the banner for actual people here. She has also been romantically linked over the many centuries to Ikaris (Richard Madden), a dashing fighter with true swashbuckling style who finds hanging on to a serious relationship for all eternity isn’t easy.

The most entertaining of these Eternals is definitely Kumail Nanjiani’s Kingo, a fighter who now, in his down time after thousands of years in the spotlight of various wars and victories for the Eternals, still wants the fan adoration. So, of course, he becomes a major star of Bollywood movies. These scenes are worth the price of admission, and Nanjiani fits this superhero motif with all the required panache and comic relief, accompanied by his faithful valet Kurun (Harish Patel).

Lia McHugh nicely transforms as Sprite, a frustrated fighter stuck forever in the body of a 12-year-old. Barry Keoghan is the sometimes-difficult thinker Druig, who can make trouble for his colleagues, to be sure. We also have the first deaf member of the MCU in the presence of Makkari, a fighter played eloquently and effectively by deaf star Lauren Ridloff. This is no mere “woke” piece of casting, but a character and actor that belong as much as anyone.

Also making his own history here is the terrific scene-stealer Brian Tyree Henry as the thinker Phastos, responsible for much of the tech abilities of the group, who has settled into a nice domestic life with his male partner and child. The fact that there is a same-sex kiss on screen, and it is done as no big deal, shows maybe we are coming farther than we thought in this genre.

Finally, Don Lee is a complete delight as Gilgamesh, another fighter and cohort of Thena, who is fearsome on the battlefield but a pussycat at heart.

This is one hell of a diverse cast, but the actual casting never brings attention to itself, and for that, Zhao and her casting director Sarah Halley Finn (Avengers) deserve genuine applause. The film itself has top production credits, no easy task here, as there are lots of epic-style flashbacks mixed in with the present day. The action darts from 7000 BC and Mesopotamia to 2500 BC and Babylon to 400 AD and the Gupta Empire to 1521 AD and the Aztec Empire and….well you get the idea.  Cinematographer Ben Davis shoots it all superbly and even manages those great landscapes and sunsets that Zhao has showcased in her earlier indie efforts. Zhao seamlessly uses expert filmmaking skills weaned on a smaller scale to great effect on this huge canvas. Nate Moore joins Feige as producer.

Disney releases Eternals in theatres only (for at least a 45-day window before hitting Disney+) on November 5, and theaters are definitely where this should be seen. It is the second consecutive post-Avengers era Marvel movie to show encouraging new signs of life; last month’s Shang-Chi was the other one.

Check out my video review above with scenes from the film. Do you plan to see Eternals? Let us know what you think.