After Contract Renewal, Disney CEO Bob Chapek Looks To Prove Wishes Can Come True With Him Helming The Ship
Read the full story
May 24, 2021 7:40am 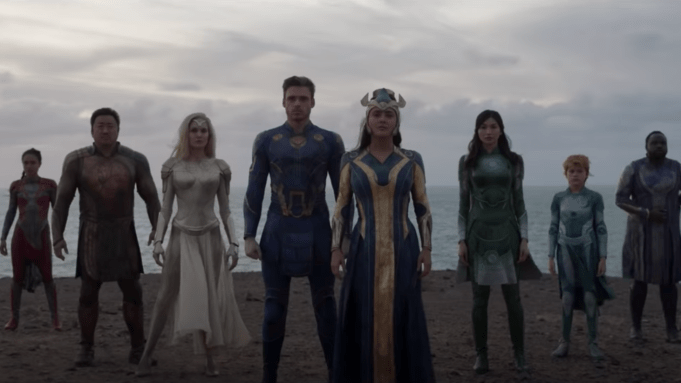 Based on the comics of the same name, the film follows a diverse group of heroes – technically aliens from an immortal race who have secretly lived on earth for thousands of years – who team up to protect humanity from a new threat. Gemma Chan, Richard Madden, Kumail Nanjiani, Kit Harington, Salma Hayek and Angelina Jolie are among the all-star cast.

The film is one of the first in Phase Four of the Marvel Cinematic Universe and is set after an unexpected tragedy following the events of Avengers: Endgame. Stick around until the post-title of the trailer for a jokey tease about what we can expect from a post-Avengers world.

Disney has the pic dated for November 5. The footage drops just in time for the release of Disney’s Cruella, which is out on May 28 in the U.S.