How The Pieces Fit In CAA's Acquisition Of ICM Partners
Read the full story
August 19, 2021 7:11am
14Comments 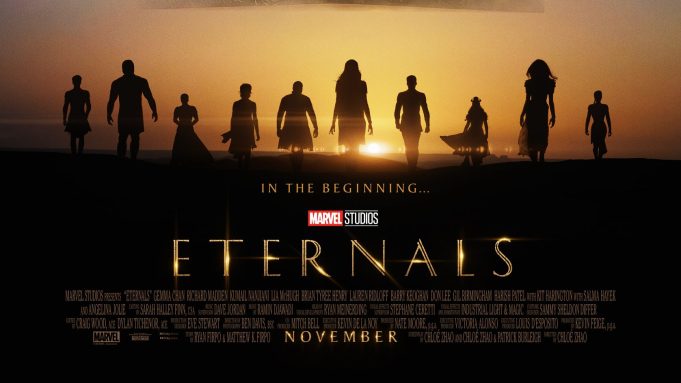 Who are the Eternals? For any non-fanboy, the new Disney/Marvel trailer teaches us about these gods who lived among humans on Earth for the last 7K years.

What were they doing here? And why did they stand on the sidelines while Thanos was snappin’ people away? The new Marvel movie takes place five years after the bad guy’s big snap.

As Gemma Chan’s Eternal Sersi explains, “We were instructed not to interfere in any human conflicts unless Deviants were involved.”

Whoa, ya mean those time-travelin’ duplicates like Loki and Sophie from the MCU TV series? No, those are variants. These are deviants; monstrous creatures who’ve returned to Earth, long thought to be gone.  When they mysteriously come back, it’s time for this godly gang to get back together again to protect the humans they love. We’re talking Ajak (Salma Hayek), Ikaris (Richard Madden), Dane Whitman (Kit Harrington),  Kingo ( Kumail Nanjiani), Sprite (Lia McHugh), Gilgamesh (Don Lee), Thena (Angelina Jolie), Makkari (Lauren Ridloff), Phastos (played by Brian Tyree Henry), and Druig (Barry Keoghan).

“We have loved these people since the day we arrived,” says Thena about humanity, “When you love something, you protect it.”

The movie, directed by Nomadland Oscar winner Chloe Zhao, is still on track to open Nov. 5, exclusively in theaters.