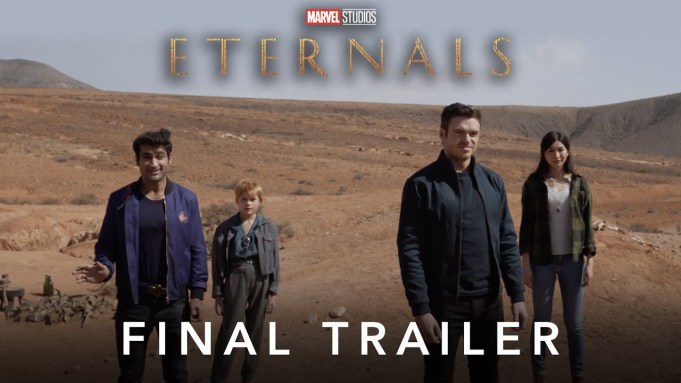 Here’s the final trailer for Marvel’s Eternals, which reveals more about the epic showdown between the immortal alien race that arrived on Earth thousands of years ago to protect humans from their enemies known as the Deviants.

Set after the events of Avengers: Endgame, the movie is directed by recent Oscar winner Chloe Zhao.

Pic is scheduled to be released in theaters on November 5. It’s not clear yet whether it will go simultaneously to Disney Plus Premiere Access.