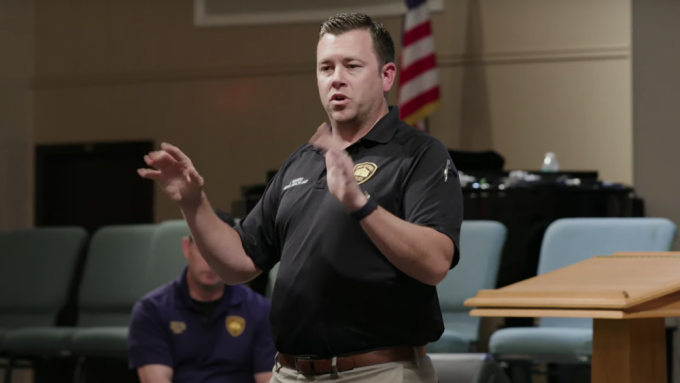 EXCLUSIVE: In the first trailer for Ernie & Joe: Crisis Cops, a voiceover says: “On average in a police academy in this country, they spend 60 hours or more learning how to shoot a gun and they spend eight on mental health and communication. We need to shift that.” Directed by Jenifer McShane (Mothers of Bedford), the HBO documentary gives a different perspective on law enforcement in a time when law enforcement is being scrutinized for unwarranted police violence.

The docu, which won the Special Jury Prize for Empathy at SXSW earlier this year, follows the titular Ernie Stevens and Joe Smarro, two police officers in San Antonio, Texas who are diverting people from jail and into mental health treatment.

The duo is part of the San Antonio Police Department’s ten-person mental health unit and they put compassionate policing practices into action. Ernie & Joe chronicles their daily encounters with people in crisis, showing how their innovative approach to policing – which takes mental health into account – is having a dramatic effect on the way police respond to these challenges.

The docu is produced by McShane and is executive produced by Andrea Meditch. The film will be released on HBO November 19.