Continue to Deadline SKIP AD
You will be redirected back to your article in seconds
Skip to main content
August 25, 2020 6:28am 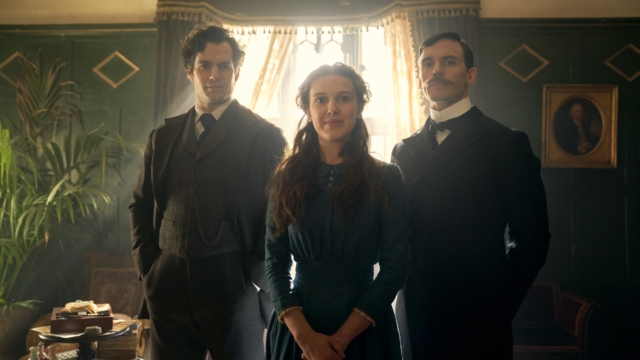 Set in England in 1884, the crime-comedy film based on the books by Nancy Springer sees Holmes wake to find that her mother (Helena Bonham Carter) has disappeared, leaving behind an odd assortment of gifts but no apparent clue as to where she’s gone or why. After a free-spirited childhood, Enola suddenly finds herself under the care of her brothers Sherlock (Henry Cavill) and Mycroft (Sam Claflin), both set on sending her away to a finishing school for “proper” young ladies. Refusing to follow their wishes, Enola escapes to search for her mother in London, thus becoming a super-sleuth in her own right.