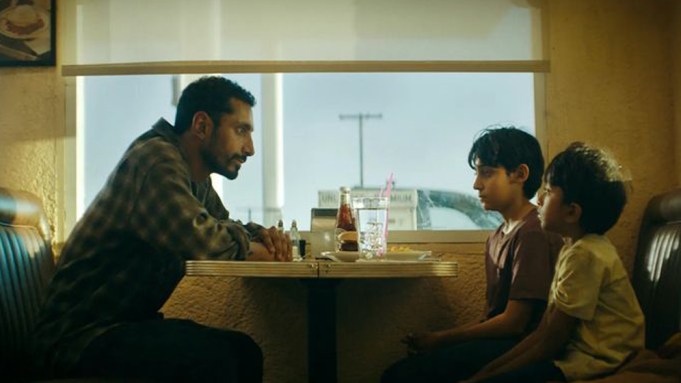 Amazon Studios has unveiled the first full-length trailer for its thriller, Encounter, starring Oscar nominee Riz Ahmed (Sound of Metal, Mogul Mowgli), which it will release in theaters on December 3, and on Prime Video on December 10.

The film directed by BAFTA Award winner Michael Pearce (Beast) centers on Mailk Khan (Ahmed), a decorated Marine who goes on a rescue mission to save his two young sons from a mysterious threat. As their journey takes them in increasingly dangerous directions, the boys will need to leave their childhoods behind.