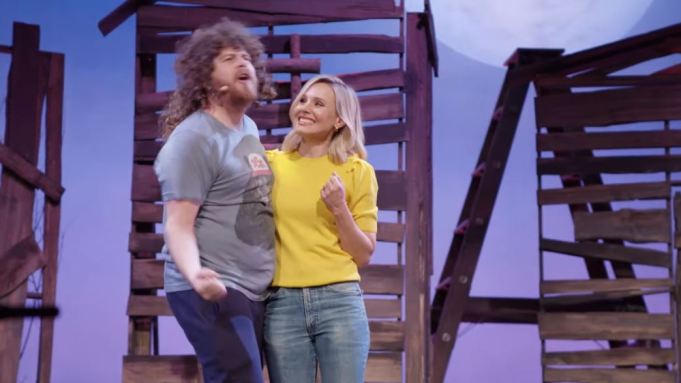 Executive producer Kristen Bell today shared a first-look trailer and a taste of what’s to come in Encore!, a Disney+ series that brings together former castmates of high school musicals, tasking them with re-creating their original performance years after they last performed it.

Bell previewed it at the D23 exhibit in Anaheim.

Encore! originally premiered as a one-hour special on ABC in December 2017. That version featured a 1997 production of Into The Woods.

The show was created by Jason Cohen, who executive produces with Bell, Alycia Rossiter, Will Gluck, Richard Schwartz, Jim Roush and Chris Wagner.

The trailer was one of several released during Day 1 of Disney’s biennial D23 Expo in Anaheim. Here are links to some of the others: