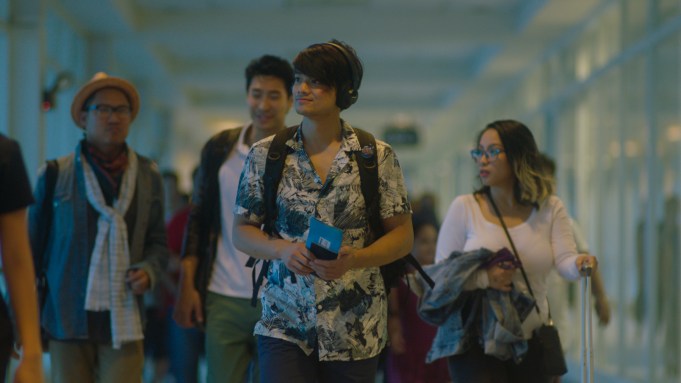 EXCLUSIVE: In the first trailer for Andrea Walter’s feature debut, Empty By Design we are treated to a melancholic — yet beautiful story that is sure to make you sit and marinate with a myriad of emotions.

Written and directed by Walter, the film stars Supernatural alum Osric Chau as Eric, a stuntman who returns to the Philippines after relocating to America after his parents divorced as a child. Filipina actress Rhian Ramos stars as Samantha, who returns to the Philippines from London after her parents are killed in a car accident. As shown in the trailer as the two go on an existential journey of cultural identity and self-discovery, their paths cross and they connect. They just get each other — and they look cute together!

In addition to Chau and Ramos, Empty By Design is a stacked feature of up and coming talent including star of Crazy Rich Asians and the forthcoming Charlie’s Angels reboot Chris Pang, Now Apocalypse’s Desmond Chiam, Buffalo Boys star Yoshi Sudarso as well as Filipina actress Madeleine Humphries. Dante Basco, who is best known for his role in Avatar: The Last Airbender and as the iconic Rufio in Hook also stars.

Walter also serves as cinematographer and executive producer alongside Chau, Pang, Basco, JoAnn Cabalda Banaga and Chad Kennedy. The film is set to premiere May 10 at the Los Angeles Asian Pacific Film Festival.