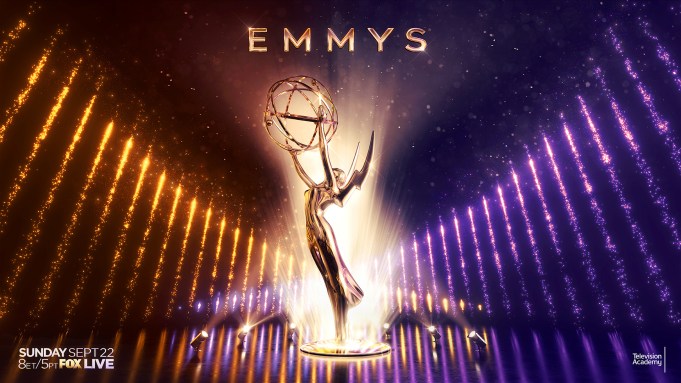 “The world has woken to Emmy fever in their own backyards to celebrate Hollywood’s golden night, leaving cities twinkling like stars.”

That’s how the voice-over describes the upcoming 71st annual Primetime Emmy Awards, for which Fox just released the first promo. Watch the clip — set to Panic! at the Disco’s “Hey Look Ma, I Made It” — above.

Voting on the Emmys will end Thursday at 10 p.m. PT, and meanwhile you can check out all the nominees for the 2019 Primetime Emmys here.

Hardware for the 71st annual awards — which are going without a host this year — will be doled out Sunday, September 22. Fox will carry the ceremony live from the Microsoft Theater in downtown Los Angeles at 5 p.m. PT/8 p.m. ET. The same Staples Center-adjacent venue will host the two-night Creative Arts Emmys on Saturday and Sunday, September 14 and 15.

Notes On The Season: End Of Emmy Race Morphing Into Beginning Of Oscars With Busy August Campaigning On Both Fronts